Last year’s winners Khaligraph Jones and Nadia Mukami, as well as newcomers Matata and Tanasha, are some of the nominees topping the list of this year’s Pulse Music Video Awards (PMVA). While Matata leads with four nominations, Nadia and Mejja are favourites with each contesting in three categories and so are Khaligraph Jones, Naiboi, Avril, Arrow Bwoy and Willy Paul, who made the cut in more than one category each.

About a year since she joined the music industry, Tanasha Dona becomes one of the contestants in the Female Video of the Year. She made her debut last year and has been nominated for her Sawa video. The Male Video category will see Khaligraph Jones (Tuma Kitu), Arrow Bwoy (Chu Chu), Masauti (Burudani), Otile Brown (Ndagukunda) and Willy Paul (Tik Tok) square it out.

In a renewed rivalry that had Octopizzo warning Khaligraph that he would be posing a major challenge for him this year after his big win last year, the two face off in a competitive hip hop category that also features Naiboi (Black), King Kaka (Wanjinga Nyinyi) and freshman Breeder (Masaa ni Mbaya).

Gengetone big wigs Sailors and Boondocks, as well as newcomers Matata join industry greats Sauti Sol and Hart the Band in the Group Video of the Year category. “We have witnessed good substantial growth in PMVA over the six years we have held it and seeing the way artistes and their fans came out to submit their work, we can say this is the biggest award in the land,” said Roseline Abuto, the Standard Group Plc Head of Marketing.

Now in the sixth year, The PMVA is the leading music video awards ceremony in the region that seeks to celebrate the exceptional works music makers put into their art. It also unifies and inspires the industry looking back at landmark achievements made in the sector over the years. Size 8, whose new personal testimony song is one of the big songs in the gospel world right now, joins Guardian Angel, Benachi, Kambua, Mr Seed, Awicko and Moji Short Baba in the Gospel video slot. 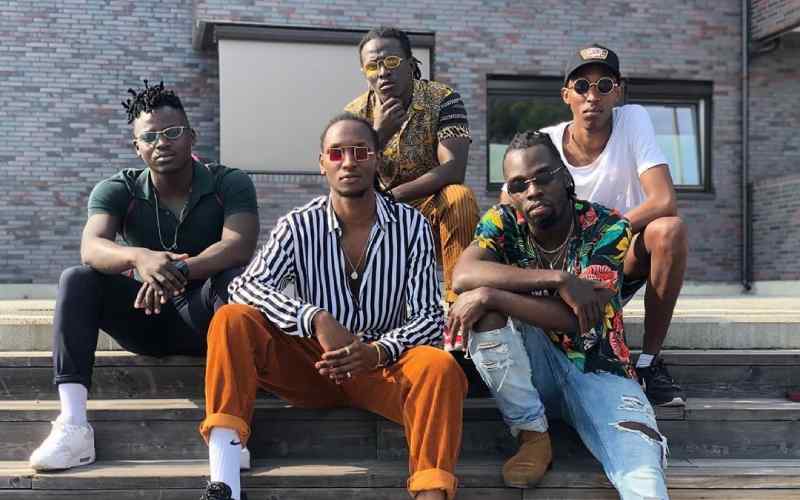