After Takeshi's girlfriend, Jade, who is beefing with Cardi B, exposed an alleged DM from Offset, random tweets from Offset’s account showed up on Twitter.

The Instagram DM, which read “miss u fr” and the tweets to prove he was hacked read: “I lick a** cheeks/ balls in my face/ I’m gay y’all.”

Cardi B jumped in to say she isn't at all concerned about the recent rumours surrounding her husband.

Cardi, who has an assault case involving Jade, took to Instagram insisting that the father of her child didn't send the DM because 1) She claims he isn't that dumb, and 2) His social media accounts were hacked.

While some say he could be saying the truth, others are not convinced about the timelines.

One argument is that the “hacker” sent the Instagram DM at 1am whereas the “hacker” didn’t tweet until around 3pm the next day; 3pm was also conveniently right after Tekashi’s girlfriend, Jade, posted about the 1am DM on Instagram. So if it was a hacker why did they wait those 14hrs?

Whether he was lying or not, what everyone can agree on is that the commitment to his story is truly remarkable. 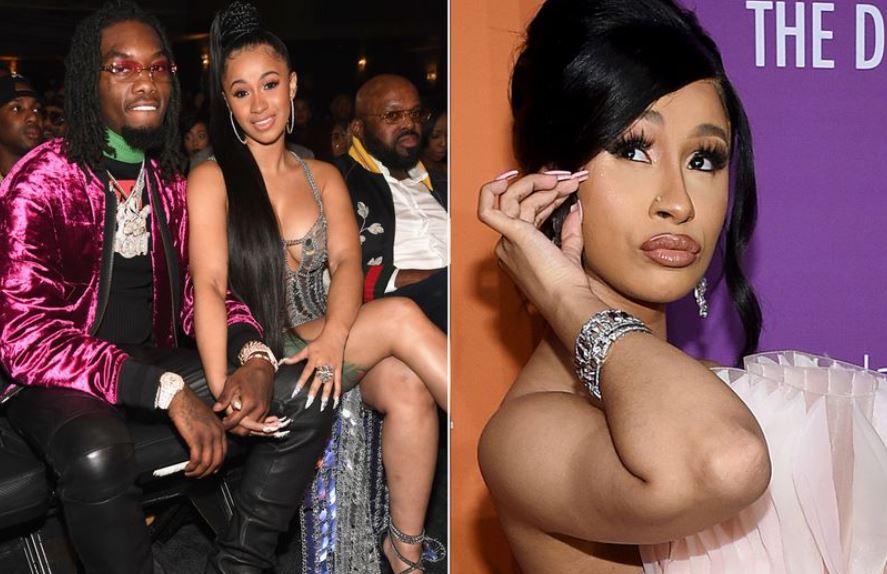