Usain Bolt has become a father for the first time after long-time partner Kasi Bennett had a baby girl. The news was announced by Jamaican Prime Minister Andrew Holness on Monday, although the name of the child is yet to be confirmed.

Holness tweeted: "Congratulations to our sprint legend Usain Bolt and Kasi Bennett on the arrival of their baby girl."

Bolt and Bennett hosted an extravagant gender reveal party in March which featured fireworks and a huge celebrity guest list, after which the world record holder for both 100m and 200m posted a social media video in which he announced: "I just did the reveal and I'm a girl dad."

He retired after the 2017 World Championships in London after suffered a hamstring injury in what was the final race of his career.

Bolt, 33, has said in the past that he isn't sure whether he would push any future child of his towards athletics, feeling that their father's legacy could be too tough a cross to bear.

"That's going to be hard for my kid," he said, via the Mail Online.

"If they want to do it, I'm fine with it. But initially I'm going to say don't do it, because I know the pressure that will come along with it."

Bolt first announced the pregnancy in an Instagram snap in January, when he posted an image of the 30-year-old Bennett cradling her baby bump.

In the caption he added the words: "'I just want to say a King or Queen is about to be here." 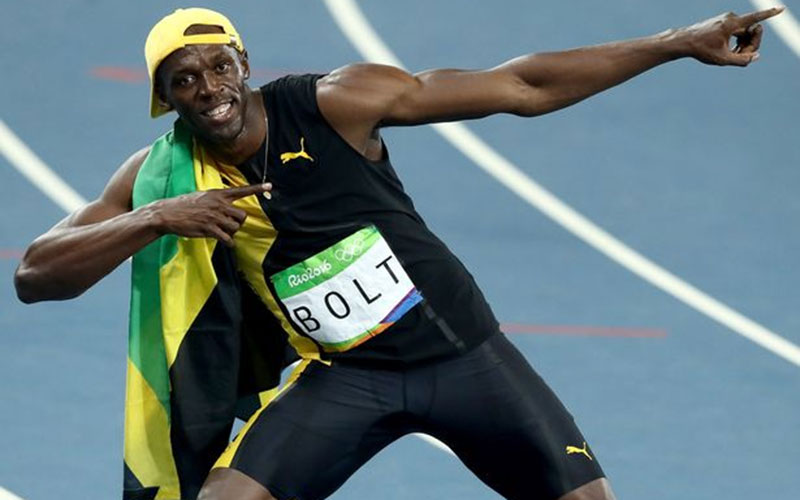