Demi Lovato has revealed she is no longer friends with Selena Gomez after the pair grew up together as Disney stars.

She also admitted she has not spoken to her ex Wilmer Valderrama, 40, who she dated for six years, and who is now engaged.

Demi, 27, is two years on from a near-fatal drug overdose and is now in recovery.

She opened up to Harper's Bazaar about how her life has changed since then, and her feelings towards Selena, also 27, who wished her well publicly after her overdose.

"When you grow up with somebody, you're always going to have love for them. But I'm not friends with her, so it felt ..." she trailed off.

"I will always have love for her, and I wish everybody nothing but the best."

Read Also:Selena Gomez opens up on being cruelly trolled for gaining weight

She said something similar about That 70s Show star Wilmer, who recently got engaged to Amanda Pacheco.

"I'm really happy for him and I wish him nothing but the best, but we're not in each other's lives, haven't spoken in a long time," she said.

"But I think I needed that because I needed to learn to be okay on my own. When you get into a relationship with somebody at that young of an age and then you spend six years with somebody, you don't really get to learn about yourself."

Demi revealed her only Disney channel co-star she still speaks to is Miley Cyrus, who she called "awesome".

But she no longer speaks to the Jonas Brothers, with whom she starred in Camp Rock in 2008.

Demi also explained that there is one song she will never sing again, because it is something that happened during her overdose.

She said: "If you have a song called 'Broken Leg,' and you went and broke your leg, you're not going to want to sing that song ever again, probably."

This has led fans to predict the song she is referring to is 'Heart Attack'.

Demi said she is single at the moment, and she is not looking for a man.

In fact, she added she would be happy to raise children with a woman, revealed that she was "open to anything". 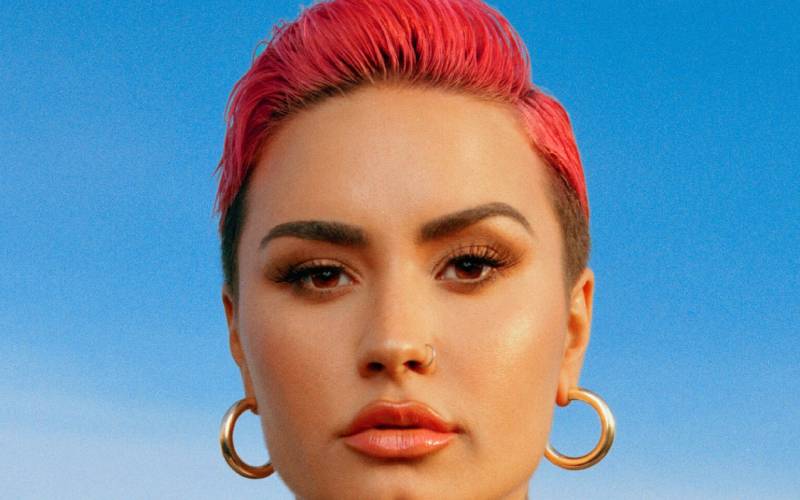 Demi Lovato comes out as non-binary