Justin Bieber broke down in tears while discussing his troubled past and expressing fears fellow pop star Billie Eilish will ‘lose it’ as she continues to find astronomical fame.

The 25-year-old Canadian pop star sat down with Zane Lowe on his Beats 1 show to discuss his career highs and lows when conversation turned to 18-year-old Bond theme singer Billie.

Justin welled up and began to cry as he expressed fears Billie could fall into a similar pit that he did in the transition from child star to global superstar.

Justin found fame aged 15 when he released his debut single One Time but has been involved in a string of controversies over the years including driving related arrests, accusations of animal abandonment, racism controversy, and accusations by neighbours over antisocial behaviour.

Speaking to Zane, 46, Biebs shared his fears that teen star Billie could succumb to similar headline grabbing actions - and said he would make himself available to her at any time.

“Let her do her thing. If she ever needs me I’m going to be here for her,” he began.

Wiping away tears, he continued: “just protecting those moments because people take for granted encounters and…” before trailing off.

Seeming to reflect on his own troubled past, he declared he wanted to save Billie from a similar downturn.

“I just want to protect her, you know. I don’t want her to lose it,” he said.

“I don’t want her to go through anything I went through. I don’t wish that on anyone. If she ever needs me, I’m just a call away,” he added.

Billie took to Instagram to share the heartfelt moment - while calling on her 54 million followers to stream Justin’s new album, Changes.

The star (who has become the youngest Bond theme singer ever with the release of her new song No Time To Die) also shared photos from her childhood bedroom - which is plastered with Justin Bieber posters and memorabilia.

Fans of Billie and Justin were heartened by the post - with one commenting: “This is seriously the cutest!” 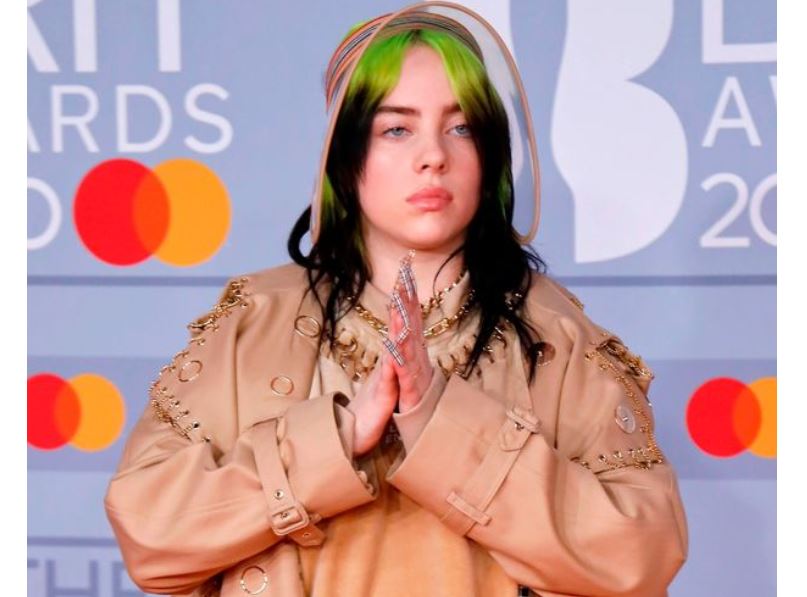