Rebekah Vardy has blamed Coleen Rooney and the Wagatha Christie scandal for hospitalising her three times while pregnant.

The 37-year-old footballer's wife appeared on Loose Women to speak for the first time since the Wagatha Christie scandal broke last year.

War of the WAGs started when Coleen accused Becky of selling stories about her private life to the press in an explosive post - something Jamie Vardy's wife strongly denied.

Becky, who gave birth to her fifth child, Olivia, at the end of December, admitted the vile trolling increased with such intensity it gave her severe anxiety attacks.

Tearful Becky explained: "It was really hard. It was up there with one of the worst things I’ve had to deal with - apart from being abused by my stepdad when I was younger."

“The trolling was the worst part for me. I have been trolled before and I do get it all the time, but it escalated off the back of this. I think people don’t realise when they are saying stuff like that.

"I ended up with severe anxiety attacks. I ended up in hospital three times. I ended up with kidney stones. I felt like I couldn’t go out with people just looking at me just questioning... Whether... Did she do it? Did she not do it?"

“No one would ever say anything to your face they never do, do they. They aren’t brave enough to say things to your face.”

Rebekah explained that she is currently in the middle of a legal battle with Coleen so could not say much at the moment.

Becky then broke down in tears reading out some of the disgusting comments she had received from sick trolls on social media.

Becky told the Loose Women: "It escalated really. It wasn't great. The trolling was the worst part for me and my family."

Looking at vile remarks on her phone, she read: "You fat ugly rat. I genuinely hope you and your baby rot."

Becky explained that the increased social media abuse had an impact on her entire family, particularly husband Jamie and eldest daughter Megan.

On the Leicester City striker's reaction, she said: "Jamie really struggled seeing me upset, seeing me down, it was a hard time."

While she revealed her 13-year-old daughter "found it really difficult" and had been teased at school.

The mood changed when Rebekah brought baby Olivia studio and spoke about her struggles with having a new-born again.

Becky confessed that she had "underestimated" the struggles of being mum to a baby.

"You think it gets easier having more children. I found it tough adjusting," admitted the WAG as she opened up.

Praising hubby Jamie for being her "rock", Becky added: "He comes home and he gives her a bath. He’s so hands on. He’s been my rock."

She added: “It’s a new year, it’s 2020, time to focus on exciting things that are happening, new baby and babies need healthy mums.”

Back in December, it took just minutes for Becky to respond to Coleen's claims - hitting back with a strong denial of the allegations.

Tweeting her response to Coleen's statement, Rebekah said: "As I have just said to you on the phone, I wish you had called me if you thought this.

"I never speak to anyone about you as various journalists who have asked me to over the years can vouch for.

"I'm not being funny but I don't need the money, what would I gain from selling stories on you?

I liked you a lot Coleen & I'm so upset that you have chosen to do this, especially when I'm heavily pregnant.

"I'm disgusted that I'm even having to deny this. You should have called me the first time this happened."

Becky and Jamie welcome their third child together on 28th December last year.

The couple tied the knot in May 2016 after a two-year relationship and share two children, Sofia and Finlay, the latter of which was born in January 2017. 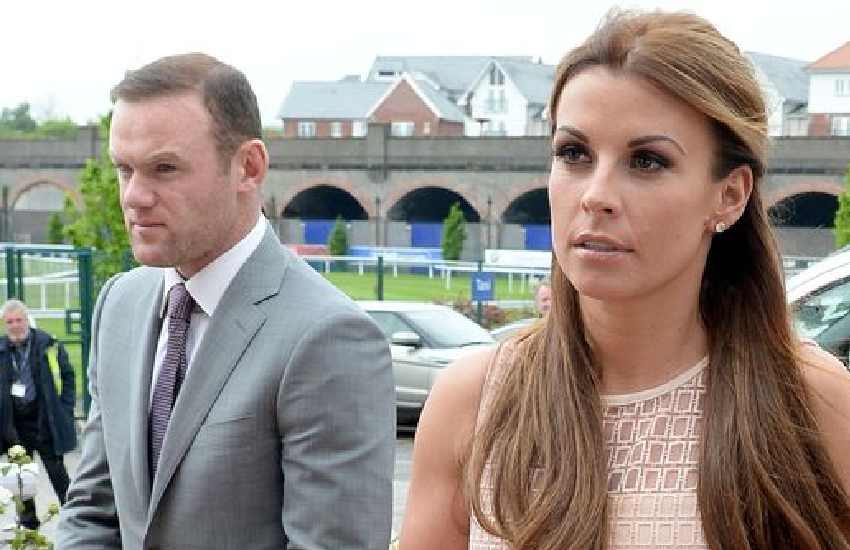