Rihanna has fuelled romance speculation after she was spotted hanging out with close friend A$AP Rocky at the 2020 Yams Day Benefit Concert in New York City on Friday night.

The Diamonds singer, 31, looked relaxed as she flashed a beam at her dazzling smile while she laughed and joked around with the rapper at the Yams Day Benefit.

The global music sensation's fun outing comes just hours after it was reported that she split from her billionaire boyfriend of three years Hassan Jameel.

Rihanna appeared to embrace her newly single relationship status as she joined her music pal for a fun evening of games and joking at the annual event.

She looked as stylish as ever in a oversized leather coat which was complete with a chic faux fur lining.

The Work singer completed her edgy fashion ensemble with a pair of black combat boots and she wore her tousled raven tresses in a messy ponytail.

She supported the A$AP mob's event which directs money to the Always Strive and Prosper foundation to help fight substance abuse.

In one snap, Rihanna and A$AP posed up a storm for the camera while flashing a glimpse at numerous money bills, perhaps teasing how much money had been raised.

Earlier that day, Drake documented his time at the event as he took to his Instagram story to share a photo of himself and Rocky walking together.

This is not the first time the duo have sparked rumours that they are more than just friends.

Rihanna and Rocky previously posed for photos together at the 2019 British Fashion Awards.

The two previously ignited rumours in 2018, when Rihanna was reportedly spotted at Rocky's concert in Sweden.

Back in 2013, the music icons were first linked together after they were seen kissing during downtime in between filming scenes for the music video for their hit song, Fashion Killa.

Rihanna's outing with Rocky over the weekend comes just days after the announcement that she has broken up with Hassan Jameel after nearly three years of dating, according to reports.

The first pictures of the couple emerged during a getaway in Ibiza in July 2017. But it was rumoured on the showbiz circuit the couple had been going out for a few months before they were seen together.

She was also previously linked to stars Drake and Leonardo DiCaprio. 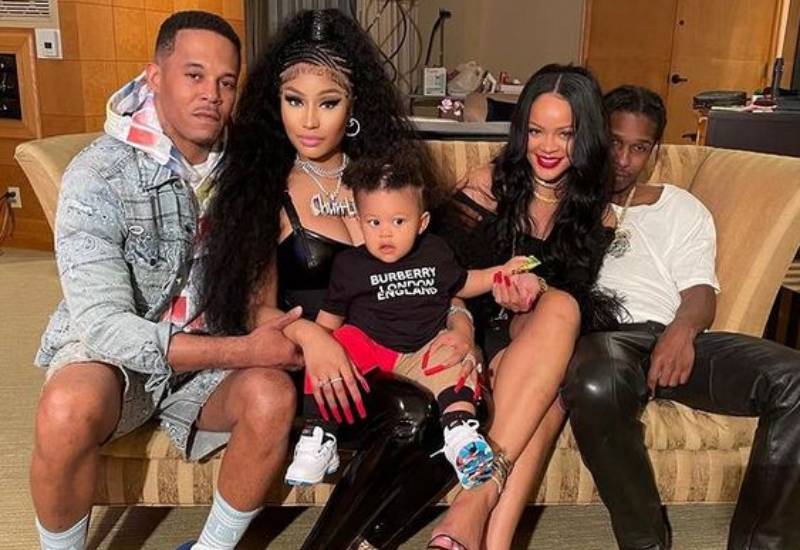