Despot Kim Jong-un is “forcing” factory workers to stump up to keep his dead ancestors embalmed – and on display to the public.

North Korea is struggling to afford the cost of preserving the corpses of their former leaders, Kim Il-sung and his son Kim Jong-il.

So Supreme Leader Kim is expecting his impoverished citizens to pick up the Sh41 million (£320,000)-a-year bill.

The embalmed bodies of Kim’s grandad and dad are on display in the capital Pyongyang’s Kumsusan Palace of the Sun.

But money is tight with the United Nations sanctions that have been imposed to curb Kim’s weapons programmes – preventing the rogue state trading with other countries.

Kim’s regime is now asking factory staff to pay up, and receive a certificate of loyalty in return.

But one report claims that the people are not happy with the plan.

The source said: “Some people think it is ridiculous how the authorities are ignoring their livelihoods while trying to raise money to keep dead bodies from rotting.”

News outlet Radio Free Asia reported: “There was a ceremony to award certificates for the Kim Il-sung and Kim Jong-il Fund to factory representatives.

“They gave the certificates to party members and workers who donated money to show their loyalty."

The source said a speech, given in the province of North Pyongan, encouraged people to learn from the loyalty of the donors and to help by participating in raising funds.

But it added: “The party forced all workers to make regular ­contributions to the Palace of the Sun, saying they would give commendations and ­preference to donors.

“They claimed that regular loyalty donations will go into the fund, which will honour the great leaders who ­contributed their lives to the prosperity of their country and the happiness of our people.” 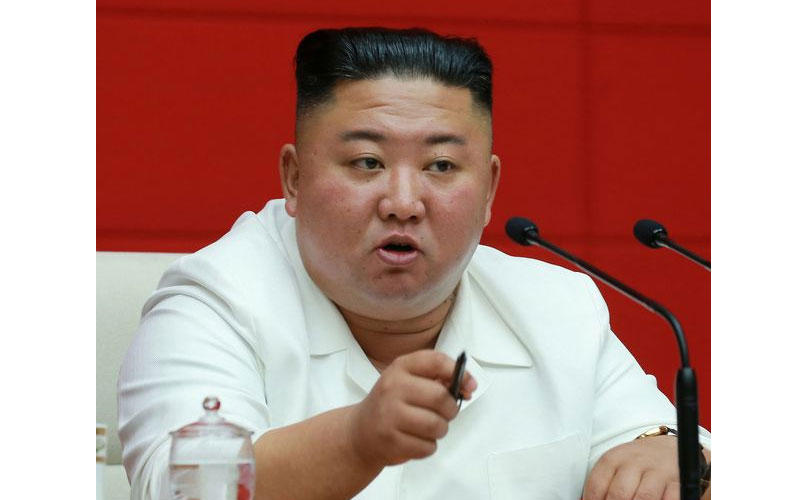