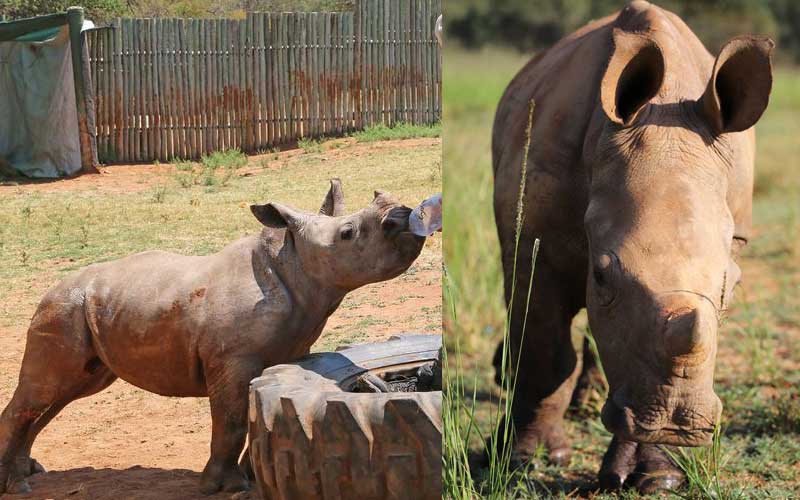 A baby rhino injured as he tried to protect his mother from poachers is tenderly fed by former England cricket captain Kevin Pietersen.

It will feature the brave little rhino, now named Arthur, who was hacked with a machete and left with injuries to his foot and back. Arthur’s white rhino mother was found dead with both her horns removed.

Currently, three rhinos a day are slaughtered for their horns and experts say if rates of poaching remain the same, rhinos will die out by 2025.

Kevin, who grew up in South Africa, said: “Rhino horns are the most expensive commodity on the black market. Young orphans like Arthur can die from the stress – traumatised by watching their mothers slaughtered.”

Petronel Nieuwoudt, founder of Care For Wild Rhino Sanctuary, and one of the first on the scene to care for Arthur said: “His mum has been brutally killed. Arthur tried to fight but they got to him with a machete.”

She sees poachers as victims, too, explaining: “We can’t solve the situation by getting to people who have no water, no money and who don’t understand that the rhino is going. The people making millions are the real criminals.”