At the memorial, Nipsey Hussle's fiancée Lauren London, shared a tearful to the murdered rapper during his memorial at Staples Center, Los Angeles.

The 34-year-old actress described Nipsey, 33, whose real name is Ermias Joseph Asghedom, as the "love of my life", in front of the amassed crowd.

Lauren and Nipsey had been together for six years and they have a two-year-old son Kross, which left Lauren in tears as she spoke about how he will grow up without a father.

In an emotional eulogy to the rapper, who was gunned down outside his Marathon clothing store, Lauren said: "I want you to know I feel real joy in my heart when I’m around you. I feel safe around you. Protected. Like a shield over me when you’re around, I am totally myself when I’m with you.

"You’ve made me into more of a woman. You’ve given me an opportunity to really love a man.”

She later added: "You’re still the coolest guy in the world to me. Still! I love you so much. Unconditionally. My truth is this. I’m never going to give up on you. My loyalty and devotion is to you.”

Addressing the crowd, after gathering herself, Lauren continued to say: "His soul was majestic. He was the strongest man that I ever knew. A gentle father, a patient leader, a divine light. He was brilliant. He researched everything, completely self-taught, constantly seeking knowledge."

Lauren was joined at the service by a host of celebrities, including Stevie Wonder and Snoop Dogg.

Hussle's Grammy-nominated album Victory Lap played as mourners filled the arena, which was the location of Michael Jackson's memorial in 2009.

Hussle's mother Angelique Smith described the rapper as "a great man", adding: "I'm very proud of my son. Ermias was a legacy."

"It is so painful to know that we don't have enough people taking a position that says, 'listen, we must have stronger gun laws'.

"It is unacceptable. It is almost like the world is becoming blind."

Snoop Dogg addressed his late friend, saying: "You are a peace advocate, Nip. That's what you are."

Media figure Karen Civil read a letter from Barack Obama in which the former US president hailed the rapper's work to end deprivation.

It read: "I've never met Nipsey, but I've heard his music through my daughters, and after his passing I had the chance to learn more about his transformation and his community work.

"While most folks look at the Crenshaw neighborhood where he grew up and only see gangs, bullets and despair, Nipsey saw potential.

"He saw hope. He saw a community that even through its flaws taught him to always keep going. He chose to invest in that community rather than to ignore it."

After the service a silver hearse carrying Hussle's coffin drove 25 miles through the city to a funeral home in the Crenshaw district, where the rapper was born in 1985.

Eric Holder has been charged with killing Hussle and has pleaded not guilty.

Dramatic pictures show Nipsey Hussle fans running away as police officers try to clear a path for his funeral procession sparking fears of another stampede.

Los Angeles police officers can be seen trying to make room for the motorcade following a memorial service for the slain rapper at Staples Center.

Some 21,000 people were at the service and thousands more filled the streets. The intersection of Slauson Avenue and Crenshaw Blvd in Los Angeles saw police intervene, to ensure the procession could get through.

Mourners are seen running, with some falling to the floor as the vehicles approach, with police officers trying to regain control of the crowd.

It comes 10 days after 19 people were injured in a stampede at a vigil for the rapper in South Los Angeles. 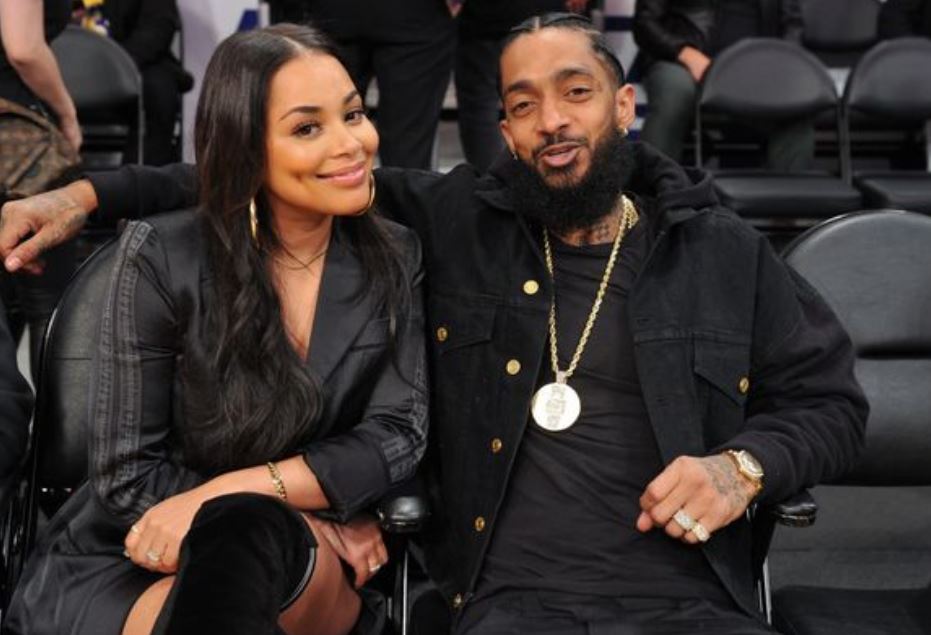