Bill Cosby imprisoned for up to 10 years for sexual assault

Bill Cosby was marched out of court in shackles on Tuesday after a judge branded him a “predator” and sentenced him to between three and 10 years in prison for sexual assault, capping the downfall of the once-beloved comedian known as “America’s Dad.”

Cosby, 81, was found guilty in April of three counts of aggravated indecent assault for the drugging and sexual assault of his one-time friend Andrea Constand, a former Temple University administrator, at his Philadelphia home in 2004.

He is the first celebrity to be convicted of sexual abuse since the start of the #MeToo movement, the national reckoning with misconduct that has brought down dozens of powerful men in entertainment, politics and other fields.

Cosby must spend at least three years in a Pennsylvania prison before he becomes eligible for supervised release, though he could end up behind bars for up to a decade.

He was escorted out a back door of the courthouse with his hands and feet shackled and driven away in a black sport utility vehicle.

Minutes earlier, Constand left court with her arms folded, a smile spreading across her face as other women who have accused Cosby came to hug her. Several of those women spoke to reporters in the rain outside the courtroom.

“I wanted 30 years, but I’m very happy to know Mr. Cosby will do time in prison,” said Chelan Lasha, who gave tearful testimony in court about the time she says Cosby drugged and groped her in the 1980s.

O’Neill also fined Cosby $25,000 and ordered him to pay the costs of the prosecution. There was no visible reaction from the disgraced entertainer as he learned his fate.

“Equal justice under the law does not allow different treatment because of who he is or who he was,” O’Neill said.

“He hid behind Dr. Cliff Huxtable,” Kevin Steele, the county district attorney who led the prosecution, told reporters afterwards. “Before he was taken away in handcuffs, a lot of people believed this was who he was. We know otherwise.”

After the sentencing, Andrew Wyatt, Cosby’s spokesman, read a lengthy statement in which he decried what he called “the most racist and sexist trial in the history of the United States.” 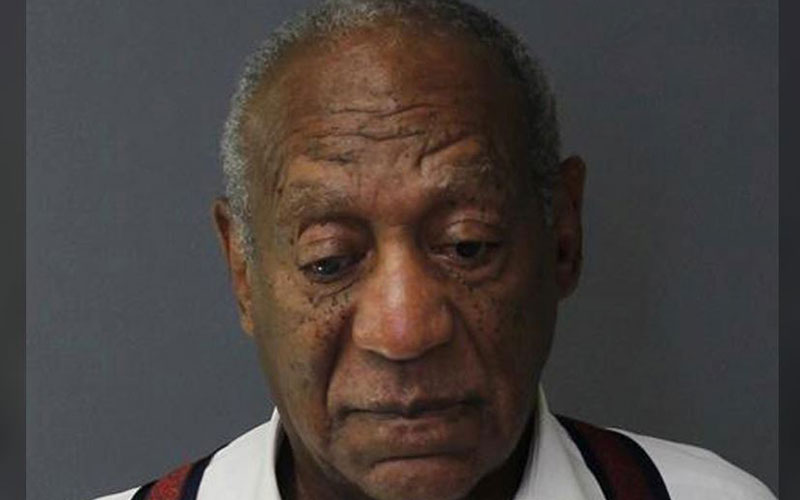 Under that designation, Cosby will have to undergo monthly counselling and register as a sex offender with police for the rest of his life. Neighbours and schools will be notified of his address, certain movements and crimes, as will Constand.

When prosecutors told Cosby in court he would not have to inform Constand of his movements himself but that a proxy would do so, he replied: “Good!”

Cosby has denied any wrongdoing. Asked if he wanted to address the court with a statement before sentencing, Cosby declined through his lawyers. His lawyers had asked that Cosby be placed under house arrest, citing his age and frailty.

More than 50 women have accused Cosby of sexual abuse going back decades, with most complaints too old to prosecute. The Constand case was the only allegation that led to criminal charges.

Constand said in a written statement submitted to the court on Monday that the attack had turned her into a woman who was “stuck in a holding pattern for most of her adult life, unable to heal fully or to move forward.”

“Bill Cosby took my beautiful, healthy young spirit and crushed it,” she wrote.

Cosby’s first trial in 2017 ended in a mistrial when jurors could not reach a unanimous verdict.

Prison officials will process Cosby at the nearby state prison in Schwenksville before determining in which of Pennsylvania’s 22 male prisons he will serve his sentence, prison spokeswoman Amy Worden wrote in an email.

He will be one of 86 inmates over age 80 held by Pennsylvania’s Department of Corrections, where the two oldest inmates are both 91, Worden said. 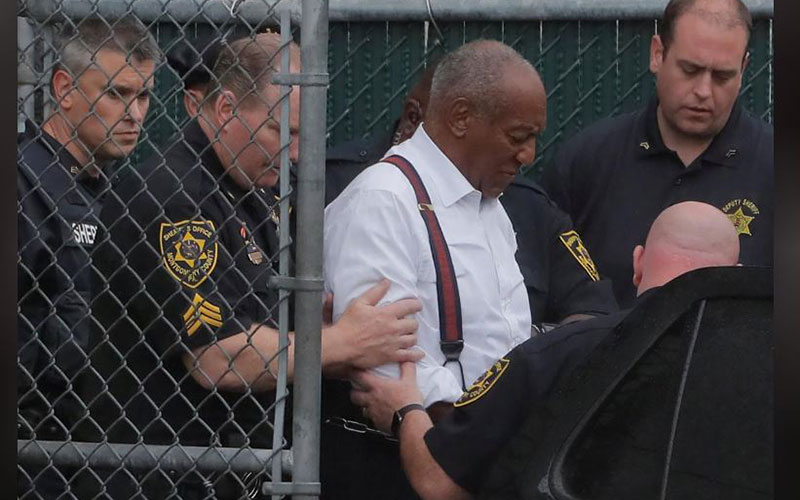