Katie Rich was promptly suspended from her role on the show, her tweet was met with severe backlash.

Although the White House did not respond directly to the SNL writer's jibe, a statement did say: “It’s a longstanding tradition that children of Presidents are afforded the opportunity to grow up outside of the political spotlight.

“The White House fully expects this tradition to continue. We appreciate your cooperation in this manner.”

Saturday Night Live writer Katie Rich has reportedly been suspended indefinitely from her role at the NBC show after she wrote a controversial tweet about President Donald Trump's youngest son, Barron.

No one saw the funny side of Rich's tweet about the 10-year-old.

Rich has expressed her regret over the tweet and described her actions as “irresponsible” after declaring that “Barron will be this country’s first homeschool shooter,” in an abhorrent tweet during his father's inauguration on Friday.

The tweet drew severe backlash on social media, causing the comedian to not only delete the message but also suspend her account.

“I sincerely apologize for the insensitive tweet. I deeply regret my actions and offensive words,” she tweeted. “It was inexcusable & I’m so sorry.”

According to reports, the writer's name did not appear at the end of Saturday night's show which was hosted by Master of None star Aziz Ansari.

Whatever you make of his dad's policies and relationship with the truth , the fact is Barron Trump is just a 10 year-old boy.

In the wake of Friday's presidential inauguration, The White House's 'first boy' since JFK junior has been subjected to cruel online taunts and even speculation that he is autistic.

Rich's comment was just one of many singling out the boy, who must now spend the next four years largely scrutinised under the spotlight.

There are a handful of people who know exactly what this is like, and one in particular leaped to Barron's defense.

Chelsea Clinton took to her social media accounts to express her anger at the abuse levelled at Donald and Melania's son.

The mother-of-two and former first daughter also took the opportunity to remind her followers that, "Standing up for every kid also means opposing POTUS policies that hurt kids."

The post has attracted as much praise for standing up for Barron as it has criticism for "hypocrisy."

One response on Twitter read, "Your mother lost. We don't want her nonsense in our nations politics."

Anitha Bachireddy responded with, "Thank you, Chelsea. Exactly what a woman who grew up in the White House should say.

"You are the finest product of an American Presidential legacy. I am your age and grew up with you and thought you were just like me and people should leave you alone."

"Kids are off limits," agreed another supporter. "Barron deserves to be left out of the fray. He didn't ask to be thrown into this kind of spotlight. Thank you, Chelsea. You went through it yourself, and it's not fair!"

Chelsea was herself the victim of brutal comments while her father was in office.

In 1993 when she was just 13 years-old, radio talk show host Rush Limbaugh mocked her appearance saying, "Socks is the White House cat. But did you know there is also a White House dog?" before showing an image of the young Clinton. 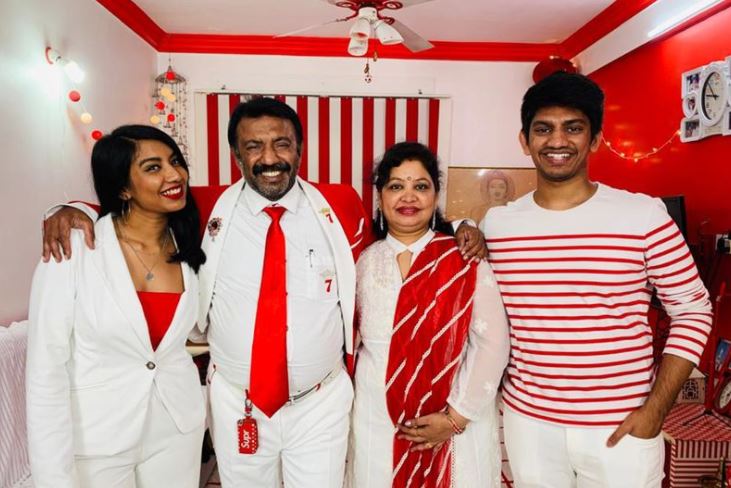