Standing on a dimly-lit dirt road in the heat of a Colombian night, the only audible noises are the distant sound of a car and the pounding of my heart.

I’ve no idea how we got here. The location was kept secret and for 10 miles – though it felt like 100 – I kept my head bowed, as instructed.

I am here to meet arguably the world most dangerous man – Pablo Escobar ’s chief assassin.

Suddenly a voice shatters the silence.

“I used to think nothing of taking a journalist’s life, they were among the easiest,” laughs John Jairo Velásquez as he appears from behind me as if out of nowhere.

Making a gun with his hand, he then raises his arm to my forehead before saying: “Bang. Bang. Two bullets either side of your temple. Your life would leave your body in a heartbeat.”

Now, as the second series of the hit Netflix series Narcos, dramatising Escobar’s life, is released, convicted killer Velásquez granted the Sunday Mirror a rare interview close to where he now lives under 24-hour guard.

Known simply by his nickname Popeye, he killed not for fun but out of loyalty to “El Patron” (the boss).

He took almost 300 lives, orchestrating the deaths of another 3,000 and was paid up to Sh9.8 million for those he personally took out.

He was the mastermind behind some 200 car bombs during Escobar’s Medellin cartel’s war against its rivals and the Colombian state.

Popeye was also responsible for high-profile kidnappings, among them that of Attorney General Carlos Mauro Hoyos in January 1988.

Given the title “Asesino de confianza de Pablo Escobar ” (Murderer of respected Pablo Escobar), Popeye later confessed it was he who killed Hoyos in captivity.

Just a few days later he kidnapped Bogota mayoral candidate Andres Pastrana, who would survive the ordeal and become the 57th ­President of Colombia, serving from 1998 to 2002.

With no hint of remorse, Popeye killed anyone who needed to be killed. From his then girlfriend to the bombing of a commercial airliner in which 107 people died, no one was off limits. He says he simply carried out Escobar’s orders.

He says matter of factly: “You have to understand I was a ­professional killer. Whenever I took a life, I didn’t feel anything. Not shame, not sadness, not happiness, it was simply like a day at the office carrying out Don Pablo’s orders.

Killing was too easy. I was in a war and they were killing my family, my friends and my colleagues. I found them beheaded and with hands and limbs cut off.

“We had to fight fire with fire. During the war when the Search Bloc (a specialist police unit set up to hunt for Escobar) took control of the morgues here in Medellín, they put my friends alive in the ­incinerators; they were throwing my friends alive from helicopters from more than 1,000ft in the rainforest. I found my friends with their knees, teeth and brain drilled.

So we started to do the same, and more, under those war ­conditions because one has to have that mentality to survive. It was easy to kill. I had work to do, it was not a problem.”

Owning a gun permit, he was hired as a bodyguard to one of the King of Cocaine’s mistresses. But when the relationship ended, Escobar retained Popeye, sensing his loyalty.

The killer recalls: “When I first met Escobar it was like I had seen a God. He had this huge presence, like an aura around him.

"He had incredible magnetism but was ­exaggeratedly plain. The day I looked in Pablo ­Escobar’s eyes I knew there and then I would die for him if need be.

Despite how he is portrayed on film he was a very quiet man, a friend and a father-like figure.

In all my years, he never threatened me once. I just did as I was told. And although he was not educated he had a supremely intelligent criminal mind.

He just knew how people worked. Don Pablo was a very respectful man to those who gave it to him. He would capture people’s minds through the affection he could show them as a friend.

He never shouted once, never made snide remarks, nothing, he was a clear man. He spoke slowly, with a lot of respect; he looked everyone in the eye when he spoke to them.”

Popeye’s first kill was that of a driver who pulled away when letting an old lady off his bus, leaving her to fall and later die.

The hitman says: “Her son later asked for Don Pablo’s permission because no one could be killed in the city without it. Don Pablo said ‘Yes, sure, that man deserves to be killed, he is mean’. I was given that work and carried out his orders. I found the guy and just shot him dead. I felt nothing.

It was the same for everyone I carried out. The idea that a person cannot sleep for thinking about killing someone never applied to me. The deeds that I have done never deprived me of sleep.”

He goes on: “I remember the Medellin lottery was set to payout 80 million pesos and when Don Pablo gave me a killing to carry out he phoned to say ‘Popeye, how much does the lottery pay? 80 million pesos (Sh2.3 million).

I can make you richer than any lottery. I give you 100 million (Sh3.3million) – go now and find that man and kill him’. I simply did what he asked and he paid me the money.”

Popeye, given his nickname for his protruding jaw – since corrected through surgery – also acted as Escobar’s bodyguard.

When the cartel boss was given five years in his own prison, known as La Catedral and built in a deal with the Colombian government, Popeye went too.

Despite supposed ­incarceration, Escobar maintained his drug empire, netting Sh450 billion per year while continuing to sanction kill after kill.

When word reached him the Moncada and Galeano brothers had been siphoning off Medellin cartel profits, Escobar invited them to La Catedral for a “chat”.

Once inside the hilltop prison, he gave the order for them to be tortured and killed. Without a hint of emotion, Popeye says: “I cut off their legs and arms then burned the bodies. They wronged, we righted it.”

Velásquez surrendered to authorities in 1992 just a year before Escobar was tracked down by police and killed in a shootout. At the time of his arrest, Popeye said: “I don’t owe anything to anybody. I haven’t done anything wrong.”

But after 22 years behind bars for killing presidential candidate Luis Carlos Galan in 1989 – the only murder he was convicted of – Popeye was released two years ago.

He lives in hiding and believes there’s an 80 per cent chance one of his many enemies will kill him. That might be because he gave up the names of cartel henchmen in a plea deal with authorities.

Although now expressing some remorse, Popeye insists his victims were all ­casualties of “the war”.

He denies he was a murderer and feels no guilt – claiming he had no choice but to obey Escobar’s orders.

He said: “I’m also a victim of Don Pablo. I was not responsible for the assassinations. I was a professional killer and nowadays I have reconsidered it. I am a repented and reformed man.

“If possible I am looking for reintegration back into society. I am still capable of killing but unless I am cornered I hope I will never have to do it again.” 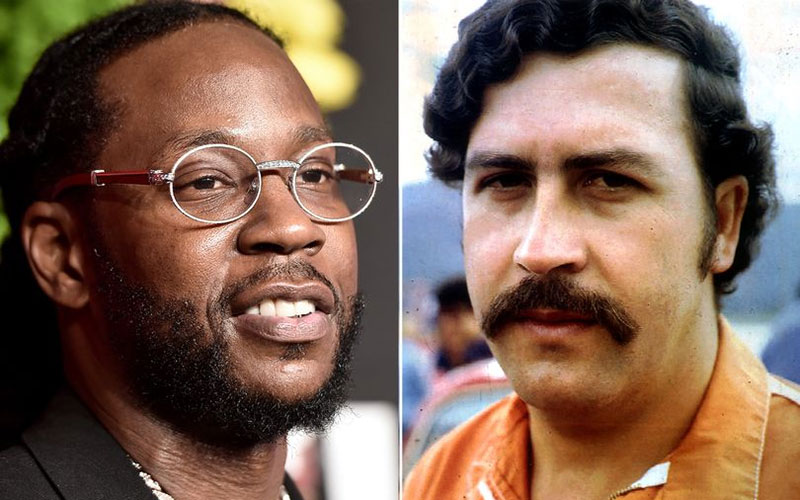