Is this photographic proof that that Vladimir Putin is immortal? Conspiracy theorists seem to think so, and some are even convinced he is the legendary dracula. 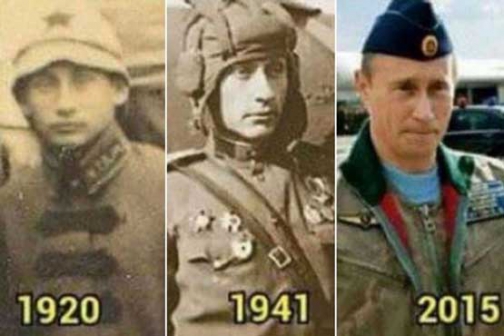 The first picture, taken almost 100 years ago, is of a soldier who looks eerily like the Russian president.

A second snap, said to have been taken in 1941, shows a Russian airman who also bears an uncanny resemblance to the 63-year-old judo fanatic. 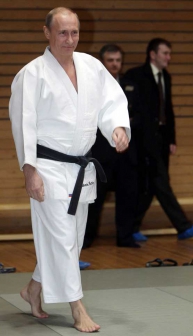 UFO site Disclose.tv says, ‘On social networks are circulating pictures from 1920 and in 1941 which some people claim are pictures of Russian President Vladimir Putin.

Some believe that Putin is not merely long in the tooth - but that he has been around hundreds if not thousands of years and is in fact Vlad the Impaler, who was born in 1431 and is better known as Dracula.

Premium
How Zehrabanu Janmohamed overcame odds to become one of Kenya's finest legal brains
News
By Jacqueline Mahugu
7h ago
I was more than a pretty companion: Lillian Ng'ang'a on her tenure as Machakos First Lady
News
By Davis Muli
10h ago
What awaits guests as East Africa's travel expo returns
News
By Peter Muiruri
12h ago
Marilyn Monroe fascination comes to Netflix with 'Blonde'
Books,Film And Theatre
By AP
13h ago
Kennedy Rapudo: I am not dating Corazon Kwamboka
News
By Diana Anyango
13h ago
.