Shaffie Opens Up About Her Baby Mama Debbie Asila 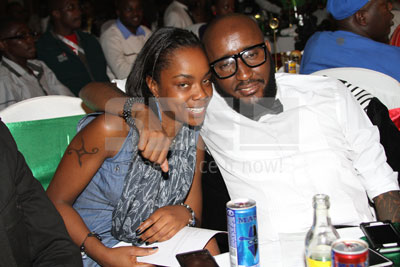 After stealing a camera moment with his celebrity ex-girlfriend Debbie Asila, showbiz big shot Shaffie Weru told Pulse that the number one reason he respects Debbie is because they have a child together.

“She is the mother of my child and it does not mean that the fact that we don’t stay together anymore we should not be seen talking. We are mature and we respect each other,” Shaffie told Pulse on Wednesday, noting that the two are not back together as some tried to suggest.

“I want to keep the respect and ensure that Milan gets the best upbringing. We want to ensure that she becomes the next Kenyan Tiger Woods in woman’s golf,” he remarked.

Shaffie and Debbie shared a light moment at the Pulse table during the MCSK awards before going separate ways. Debbie left the venue late, after attending the Pulse editor’s birthday party.

Fashion Forward: Celebrities embrace extreme outfits
Features
By Kirsten Kanja
3h ago
Tems, the sing star to beat
Showbiz
By Kirsten Kanja
17h ago
Karen Nyamu: Samidoh is an amazing father to our kids
News
By Vincent Kejitan
17h ago
East Africa's finest: One on one with Muthaka
Showbiz
By Boniface Mithika
18h ago
Michelle Ntalami's advice to Nairobians: Focus on making money, love can come later
News
By Standard Entertainment
19h ago
.