Media personality turned politician, Felix Odiwuor alias Jalang'o has revealed that his proudest moment was when he built a house for his mum.

Speaking in an interview, Jalang'o - who resigned as a radio host in February this year to focus on politics, added that the assurance that comes with knowing his mother is sleeping somewhere comfortable and peaceful is indescribable.

“Well, she didn’t have a home but when I put it up there…however small it is…When I know my mum is sleeping somewhere comfortable in peace, I am so proud,” he added.

It will be remembered that at one point Jalang’o came out to publicly admit that after his father passed away, he decided to build his mother a house but was told it was against Luo traditions.

Narrating the story to his then radio co-host Alex Mwakideu, Jalas shared that according to the Luo culture, it was taboo for him to build her house and going against the norms meant courting death.

The only remedy, he said, was for his mother to marry another man before moving to the house. 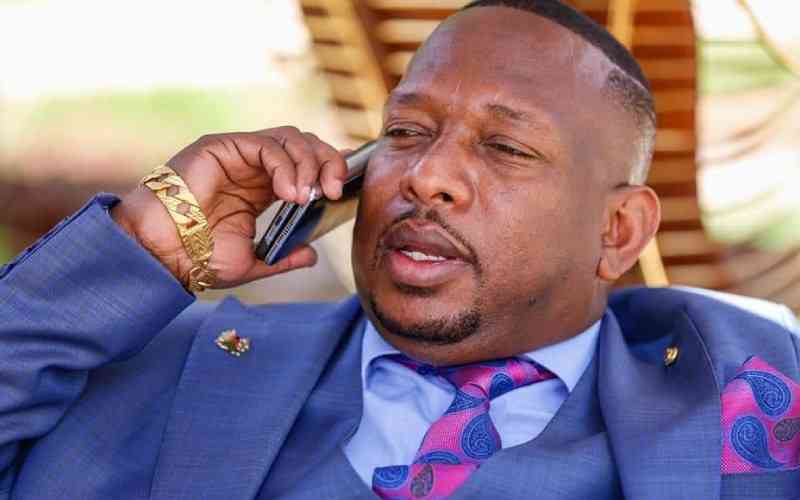 Next article
From upcoming to 'talk to my manager: The life cycle of Kenyan celebrities

Mike Sonko asks women to be content with their God-given bodies
News
By Vincent Kejitan
30m ago
What closure of clubs would mean for Kenya's entertainment sector
Showbiz
By Solomon Koko
3h ago
From upcoming to 'talk to my manager: The life cycle of Kenyan celebrities
News
By Mkala Mwaghesha
4h ago
Premium
My mum's death destroyed me: Ex-TPF star David Ogola speaks on alcohol addiction, rehab
News
By Solomon Koko
16h ago
Vera Sidika shares 'first part' of BBL reversal surgery
News
By Diana Anyango
19h ago
.