By Kirsten Kanja | 7 months ago

The Selina actress took to her Instagram account to reveal the good news, showcasing a stunning diamond ring with the caption “Yes!”

Her post was quickly filled with warm wishes from her celebrity friends and fans alike.

“Congratulations hun, so happy for you both,” wrote actor Lenana Kariba.

Her significant other also shared the news on his social media, posting a sweet photograph of the couple in matching white outfits.

“She said yes! So excited for this next chapter,” wrote Kimemia as Gachuhi responded to the post with a trail of heart emojis and a simple ‘Yes’.

Her fiancé is a musician who has released several gospel tracks, including ‘Nitatembea Nawe’ and ‘Nena Nami’, which featured his soon-to-be wife.

Nena Nami was well received by fans who were eager to hear the popular actress’s voice, commending it as refreshing.

Gichuhi went on to comment on her partner's post promoting the track with heart and fire emojis.

Kimemia previously presented himself as an Akorino, and although he no longer wears the signature turban, he has not confirmed whether he changed his faith or continued in it.

His music, however, remains socially conscious and based on Christian teachings and beliefs. 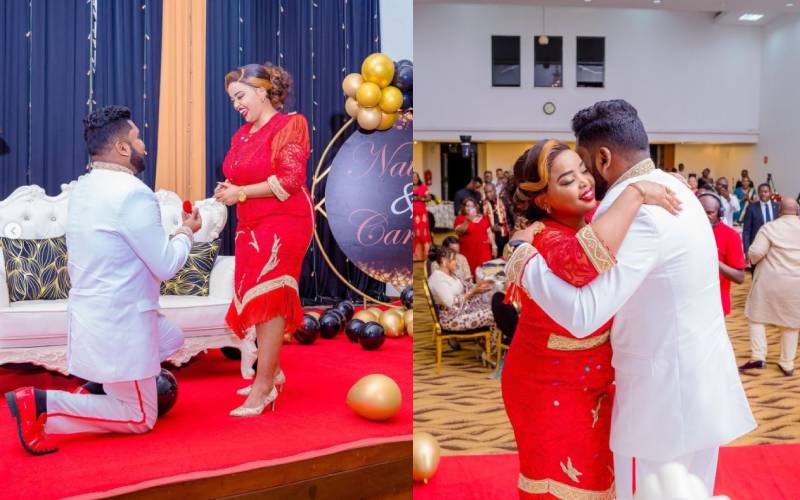