Fast-rising rap trio Mbogi Genje came under the spotlight earlier in the week after it was linked to acts of violence at the just-concluded Gengetone Festival held at the Machakos People's Park. The Kidungi hitmakers distanced themselves from the unfortunate incident, which led to the death of a young man. The artistes have threatened to seek legal recourse.

READ ALSO: Mbogi Genje talk about the misconceptions of being gangsters

"We have heard a lot being said about us yet we are not aware of some of the claims. We are simple hustlers from the ghetto who are musically talented. Why are people so eager to pull us down instead of uplifting our talent that dragged us from the dungeons?" posed Smardy Tings.

This follows claims that a fan attending the event died from injuries sustained after a fight ensued during their performance. "We love all our fans, but we cannot control their actions. We were busy entertaining eager guests. We had no idea there were fights. We are just pleased to make people scream at our music,' they stated.

Socialite Amber Ray rang in her 28th on a rather nude state. The rather controversial and Instagram famous party cat posted a picture, while clad in a barely-there beige outfit, while intrepidly flaunting her ample derrière. She also had a champagne bottle on one hand and a glass full of bubbly on the other. The socialite is bound to spend her birthday in Naivasha with fans this coming weekend. The celebrations will be a part of her partnership with a local taxi app that will see her supporters head down to Naivasha and back. 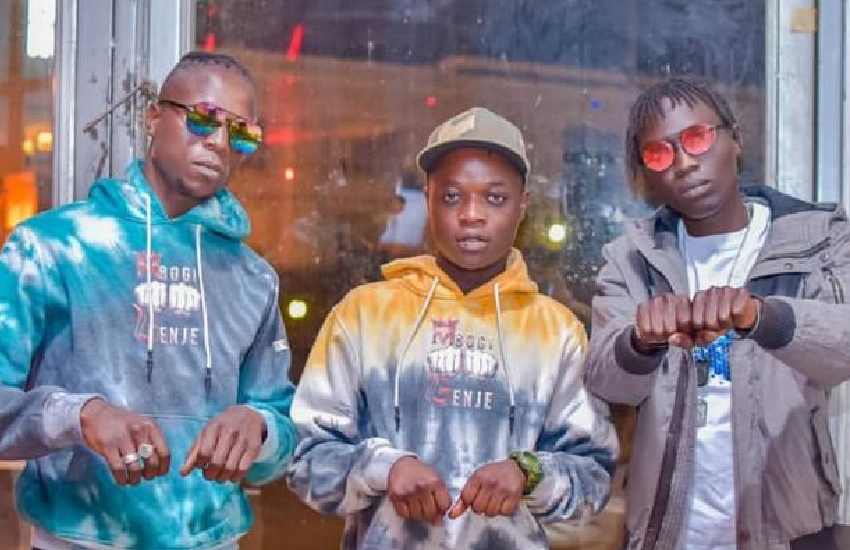 By Smitta Smitten | 1 month ago