The odds are you're probably never going to meet the Queen. Sorry. Unless you're the sort of person who follows her public appointments lavishly, are famous or are going to be awarded an MBE, it's probably just not going to happen. For argument's sake, however, let's say you do get to meet the Queen.

This rule dates back to Medieval times, when, as historian Kate Williams puts it, "monarchs were divinely appointed to rule by God, so they were kind of seen as gods, so they demanded to be treated as gods."

Remember the raised eyebrows when, in 2009, Michelle Obama, put her arm around HM in a warm gesture? Protocol experts sniffed VERY volubly at that. While the same experts sniffed at Cleveland Cavaliers basketball star LeBron James putting his arm around the Duchess of Cambridge for a photo in 2014, a spokeswoman for the royal family James didn't violate any protocol, so maybe it's just the Queen.

What do you get the woman who already has everything? Sure, the Queen has several homes full of priceless trinkets, but bringing a gift is a must, E! Online reports.

This gift must also be appropriate to the occasion. So if she's paying a visit to your hometown or country, something which reflects local culture might suffice.

You may be dead on your heavily-bunioned feet - but you should always stand when the Queen enters the room. You may only sit once she's nice and comfy, so keep a close eye on when the Queen sits down herself.

When the Queen is making a beeline for you, or when you're next in the line to meet her, it's important you either bow or curtsy (depending on whether you're a woman or a man).

Regardless of how late you're running or how tempting it is to stay in your onesie and slanket combo, make sure you dress accordingly when meeting HRH. If the event is a black tie, wear a black tie.

6. Resist the temptation to refer to her by her first name

Or, heaven forbid, by a NICKNAME. While the Royal family may be extremely familiar to us, and while we may have our own nicknames for them, us common folk still aren't on a first-name basis with them. So, when you first meet the Queen she should be addressed as "Your Majesty" and "Ma'am" consequently after. When she leaves, however, you must address her as "Your Majesty" once again. No "Liz" or "Lizzie" or - shudder - "sweetheart".

Also read: Sagana State Lodge was one of the 'gifts' from Kenyans to the Queen

7. Only speak if the Queen speaks to you

Remember when you were a small child and all your elders would drop wisdom such as "don't speak unless spoken to first" and "children should be seen and not heard"? The same applies to meeting the Queen. This rule exists so Her Royal Highness can control every aspect of the conversation - including exiting it swiftly.

8. Don't eat before she does

No matter how tasty and tempting the banquet morsels spread in front you look, you can only start eating once the Queen does. So perhaps have a quick snack beforehand, in case any speeches go on for a long time. Oh, and if she has finished eating, you better be full too.

Muthoni the Drummer Queen - GET UP

‘I’m on journey I didn’t sign up for,’ Kambua opens up on healing after child loss 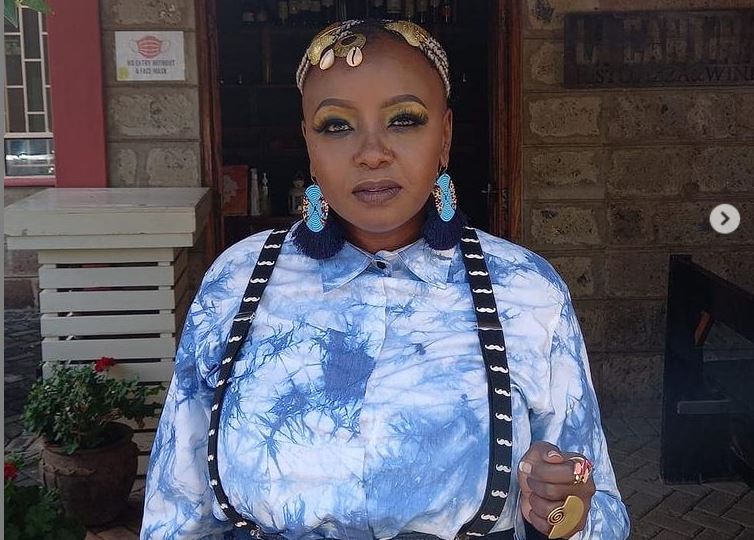 MDQ working on a new album 'SHE' in Mt Kenya

By Wairimu Nyingi | 3 weeks ago