By The Standard Team | 9 months ago

A court has ordered Inspector General of Police Hilary Mutyambai to reinstate security for Kapseret MP Oscar Sudi. Senior Resident Magistrate Isaac Orenge ruled that Mutyambai illegally and unconstitutionally withdrew Sudi's security. He ruled that the MP was entitled to security according to the law.

“I hereby order the IG or anyone of his subordinate to reinstate the bodyguard for the accused (Sudi) person forthwith,” said Orenge.

Sudi moved to court on Tuesday seeking to have his security reinstated after the government withdrew it when he was charged with hate speech. The magistrate said the withdrawal was not communicated to Sudi and he was not given a reason for it. The hearing of his case starts on October 30.

In other news, Machakos Governor Alfred Mutua has started his country-wide tour in Meru County. Speaking in Meru town yesterday, Governor Mutua said he made the region his first stop as he embarks on a nation-wide tour to engage citizens on issues affecting them, and selling his 2022 presidential ambition. Mutua, who was due to start his engagement with traders and other interest groups at four venues, said he will be in the region for four days. In the absence of Governor Kiraitu Murungi, Mutua paid a visit to Deputy Governor Titus Ntuchiu, before meeting residents across Meru.

“I said I would officially start my 'Listening Tour' in Meru because it means a lot to me. I could have started in Kisumu, Makueni or any other place but I decided to do it in Meru because I hold it in high regard,” he said. The former government spokesman said his style of leadership and doing things will be guided and decided by the people and that he will not impose his will on Kenyans.

“For the next four days, I want to have conversations with residents on issues affecting them," Mutua said. 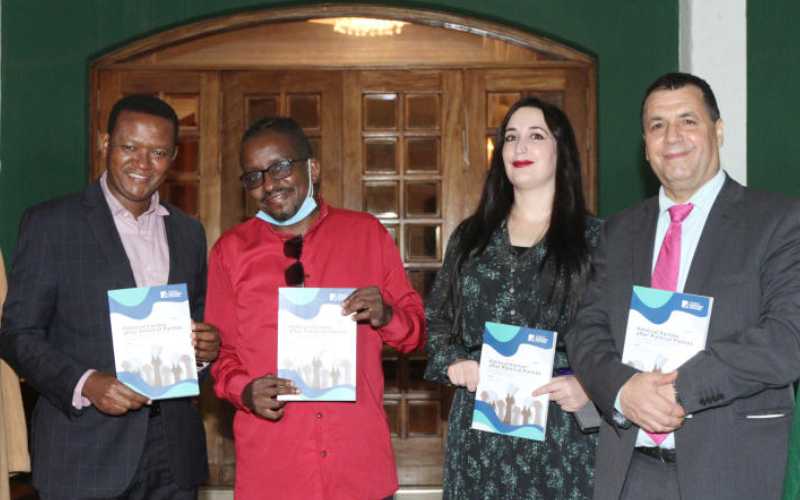