Brad Pitt's legal team are reportedly planning to call up Angelina Jolie's Girl, Interrupted co-star Jillian Armenante to testify at the former couple's upcoming custody hearing. Brad and Angelia separated after two years of marriage in 2016 and are heading to court to settle the details of their split, including the custody of their six children, later this year.

According to US Weekly, a witness list filed from Brad for the looming hearing - said to have been presented on September 21 - includes Armenante, who starred with Jolie on the 1999 movie. Psychological thriller Girl, Interrupted followed a young woman detained at a psychiatric hospital after a supposed suicide attempt.

Angelina and Armenante also worked together eight years later in the 2007 film A Mighty Heart. Other names on Brad's witness list are said to include a therapist, security guard and numerous psychologists, reports the publication. Relations between Brad and Angelina, who fell for each other on the set of Mr and Mrs Smith, are said to have broken down in recent weeks.

A source disclosed to US Weekly that tension between them was 'escalating' ahead of the hearing. Back in June, Brad was spotted leaving his ex-wife's LA home on his motorbike back in June after visiting their kids. The Troy actor is now said to be 'at odds' with Angelina over how much time he can spend with kids Pax, 16, Zahara, 15, Shiloh, 14, and 12-year-old twins Knox and Vivienne.

Also read: How Brad Pitt was saved when he arrived in Hollywood

Last December, Angelina gave an interview with Harper's Bazaar where she claimed how she wanted to live anywhere in the United States but she can't because of Brad. Sharing her plans with the magazine, the actress said she “would love to live abroad and will do so as soon as my children are 18.”

Angelina said that her travel ideas were currently on hold because of her ex-husband. “Right now I’m having to base where their father chooses to live,” she explained. Following his split from Angelina, Brad is rumoured to have moved on with German model Nicole Poturaski, who has been described as looking like a mix of his glamorous ex wives.

While Brad also had a reunion with his first wife Jennifer Aniston last month when they both agreed to take part in a charity table reading. Fans had been hoping the former couple could reunite after seeing their cosy display at the SAG Awards back in January but as they appeared on video call today it appears the pair remain good friends. 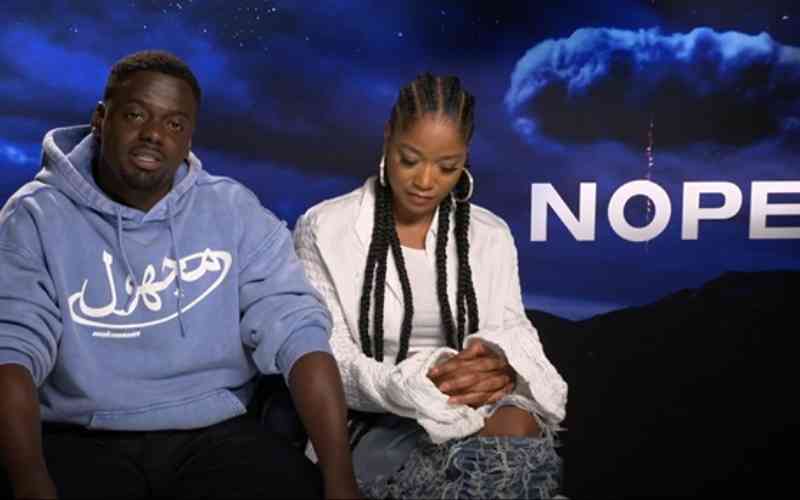