Speculation that Kim Jong-un could be dead has erupted again after a South Korean diplomat sensationally claimed the North Korean leader is in a coma. Chang Song-min, a former aide to South Korea’s late president Kim Dae-Jung, didn't provide any evidence to back up his claim - the same one he made months ago only for Kim to be pictured in public. A South Korean news website hit out at Chang's coma claim as "absurd", and former BBC journalist Roy Calley has now said the dictator could already be dead.

State media has given no indication there is anything wrong with the leader, reporting on Sunday that North Korea had launched a new anti-smoking website, even though Kim, said to be a heavy smoker, hasn't kicked the habit. State media said he addressed a ruling party summit last week as he admitted his plans to boost the country's economy were failing. The latest speculation about Kim's health comes after he delegated more responsibilities to his aides, including his sister Kim Yo-jong.

In April and May, there were claims Kim was in a coma, dead or hiding from the coronavirus pandemic as he disappeared from public view for three weeks, only for state media to publish photos of a visit to a fertiliser plant. He often goes weeks without appearing in public, but his recent absences have sparked rumours that he has been in poor health.

In a Facebook post last week, Chang claimed Kim has been in a coma for months. He said: “A complete succession structure has not been formed, so Kim Yo-jong is being brought to the fore as the vacuum cannot be maintained for a prolonged period."

The South Korean news website Shinmoongo called Chang's claim "absurd", and wrote that the former Blue House aide was left "greatly embarrassed" when he made the same claim in April before Kim resurfaced alive. South Korea's spy agency has previously rejected claims that Kim is in a coma or dead. Mr Calley, the former BBC journalist who has visited North Korea and written a book about the country, told the Express that he believes Kim is dead and his sister will be named the new leader.

He said: "I honestly believe he's dead but you just can't tell with that country. I could be in Pyongyang now and be none the wiser."

He added: "The fact that there is so much information/misinformation being released suggests something is happening. With everything else the government is very specific with their statements but never when it comes to the leaders."

The paranoid dictator said to be aged around 36, has only been seen a handful of times this year which has fuelled speculation that he could have died. It was thought that a “botched” heart operation to fit a stent had either left him gravely ill or killed him. However, the death rumours were quashed when he was seen at a fertiliser factory’s opening ceremony in Suchon, 30 miles north of the country's capital Pyongyang.

Meanwhile, North Korea has launched a new website called "Anti-smoking 1.0" on its domestic internet, according to a Pyongyang propaganda website. It is only accessible within the hermit state, and it provides science-based information to help North Koreans to quit smoking. Pyongyang has been cracking down on smokers in recent years, even though Kim hasn't quit. He is often pictured with a cigarette in his hand.


Sick and jobless, man bakes his way to success

High-end brothels: Kilimani, a place of pleasure and death 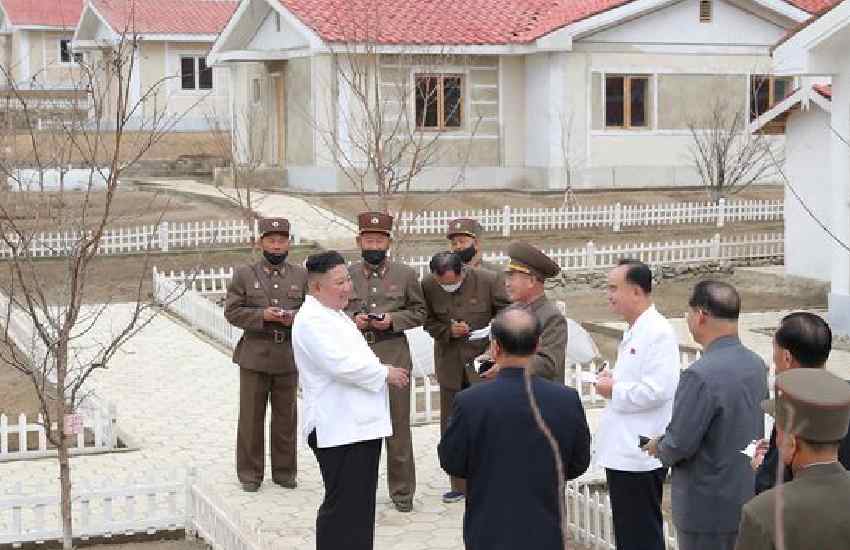