Larry King has confirmed the cause of death for both his son and daughter after they died unexpectedly within three weeks of each other. The devastated US talk show host, 86, paid tribute to daughter Chaia King, 51, and 65-year-old Andy King after their sudden deaths within the last month. Opening up for the first time about his heartbreaking losses, Larry said in a statement: "It is with sadness and a father's broken heart that I confirm the recent loss of two of my children, Andy King, and Chaia King.

"Both of them were good and kind souls and they will be greatly missed. Andy passed away unexpectedly of a heart attack on July 28th, and Chaia passed on August 20th, only a short time after having been diagnosed with lung cancer."

He went on: "Losing them feels so out of order. No parent should have to bury a child. My family and I thank you for your outpouring of kind sentiments and well wishes. In this moment, we need a little time and privacy to heal. I thank you for respecting that." His granddaughter Jillian King previously said the family suspected her father Andy had suffered from a fatal heart attack.

"We're assuming it was a heart attack but there wasn't ever an autopsy," she told the Daily Mail. “Everyone's feeling pretty bad and broken. Larry is really hurt and upset. He was very sick last year. His kids were all taking very close care of him. He's upset that he's lost them now."

Larry was unable to fly out to Florida for his son's funeral thanks to the coronavirus pandemic, and because he is still recovering from his near-fatal stroke in March 2019. The stroke left in him a coma for two weeks and his family rallied around to help his recovery. The last time the whole family were together was for Father's Day this year, which a source told the Daily Mail is something Larry "will always cherish". "He barely survived last year through his own ill health; now he's lost two kids just weeks apart," they added.

Larry has three surviving children: Larry Jr, 58, who he shared with Annette Kaye; and Chance King, 21, and 20-year-old Cannon from his marriage to Shawn King. Chaia was from his marriage of Alene Akins, and Larry adopted her son Andy from a previous relationship. Larry has been married seven times. 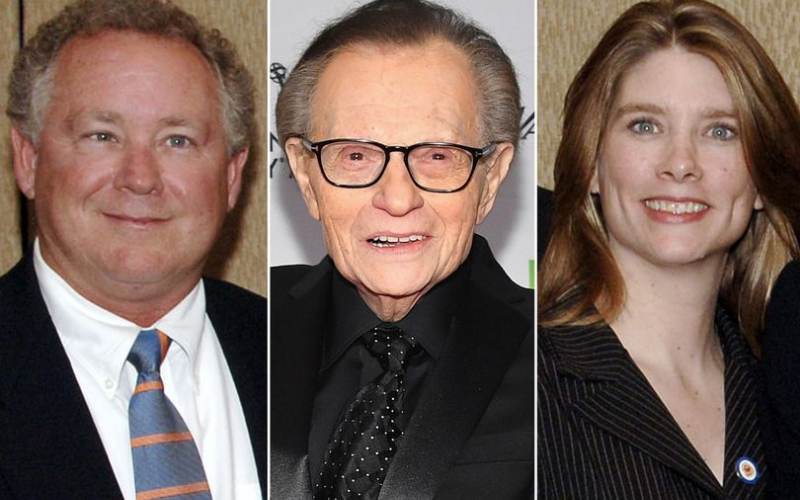