Man lands in hospital after sniffing his own smelly socks

A man has been hospitalised with a severe fungal infection in his lungs - believed to be caused by sniffing his socks at the end of each day.

The man, from Zhangzhou, in South-eastern China, would smell his socks after finishing work daily, it is reported.

He would return home from work and change into more comfortable clothes but would reportedly sniff the socks he'd been wearing all day.

As a result he is thought to have caught an infection from a fungus that had developed in his footwear from his sweaty feet.

This then spread to his lungs when he breathed in the spores, according to reports.

The man was admitted to hospital as an emergency case where an x-ray confirmed he was suffering from a severe lung infection.

Medics reportedly confirmed it was caused by his frequent sniffing of his own socks.

The man - who has not been named - he has been kept in hospital for treatment.

Foot fetishes have been known for many years but a fascination with socks is less heard of.

But earlier this year a 21-year-old girl in America revealed that she had attracted a 'Sock Daddy' who was prepared to pay large sums for her sweaty socks. 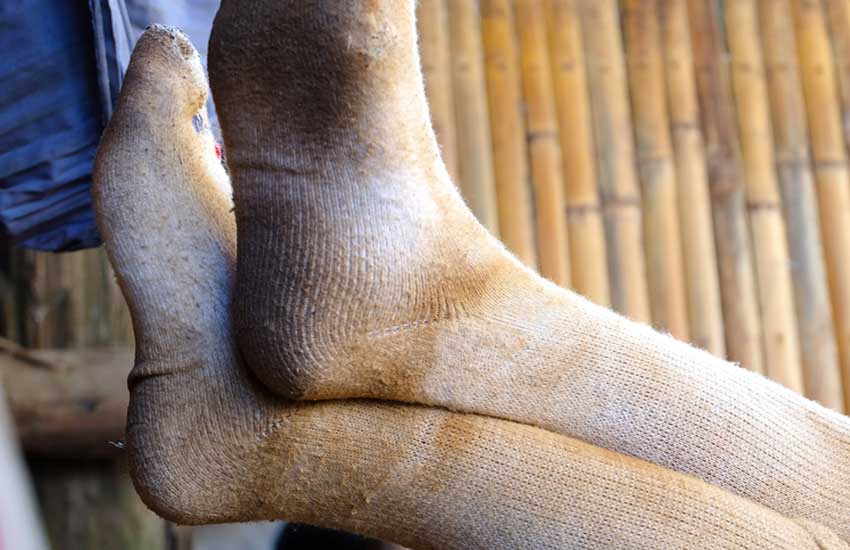 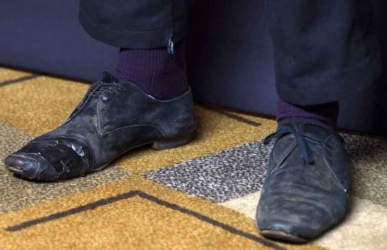 Smells like a dead cat! Man arrested by police after smelly socks cause uproar in a bus
2 years ago