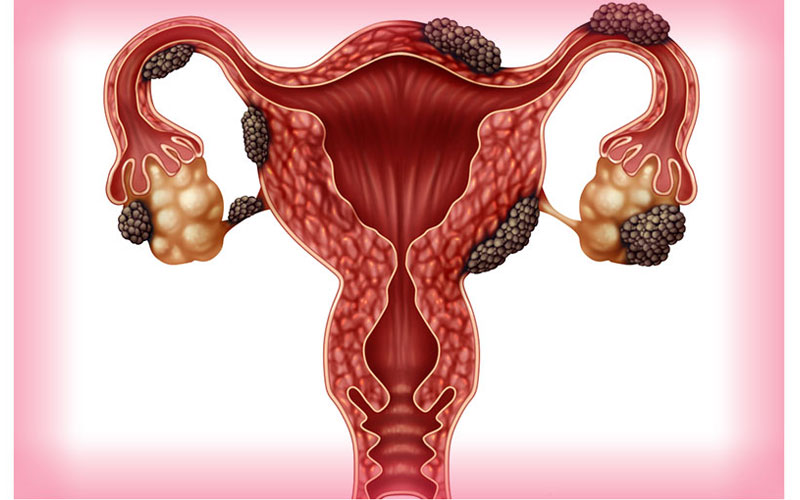 Few women look forward to “that time of the month” especially when bleeding is accompanied by unbearable pain.

The blood is shed blood from the uterus every month and the ensuing menstruation could last between 21 and 35 days. The period pain or dysmenorrhea- which ranges from dull and annoying to severe and extreme around the lower abdomen.

But when the pain spreads to other areas, the resulting condition is endometriosis- a little known disease that causes ‘paralysing’ pain.

Renowned journalist Ciru Muriuki says it is “the kind of pain that makes it impossible to even walk”. Describing the suffering she began experiencing at puberty, she says “my periods were horrendously painful since high school. I hunched over to move from one point to another. I couldn’t walk upright. I would be vomiting after meals. My daily routine would be completely disrupted.”

Her peers would tell that “we too have cramps. But we don’t know what is happening with you.”

Ciru was later diagnosed with endometrioma at 23 when “the doctor said I had a hemorrhagic ovarian cyst. This is when menstruation blood flows backwards and collects inside the ovary.”

Dr Kireki Omanwa, an obstetrician-gynecologist and fertility expert, told The Nairobian that during menstruation, blood flows through the cervix and out the ‘P-Unit’ but sometimes it flows backwards through the fallopian tubes and into the pelvic cavity.

And since menstrual blood contains cells from the endometrial lining “these cells inside the pelvic cavity grow and become bigger – like benign tumours” and some endometrial tissue can move as far as the brain and lungs where they will still grow in size with time.

This was what happened to famed radio presenter Njambi Koikai whose endometriosis spread to her lungs, teeth, appendix and heart.

Dr Omanwa says ‘retrograde menstruation’ (blood flowing backwards), is a major cause of endometriosis. The condition may also result from other processes like surgical scar implantation when endometrial cells attach to surgical scars and transformation of peritoneal cells (cells found in the inner side of the uterus) to endometrial cells.

Often, endometriosis goes undetected, as sufferers are conditioned to believe pain is normal during menstruation.

Ciru recalls being told she was being too dramatic. “It is normal for a woman to feel pain during menstruation,” her mother had said besides recalling how some “employers would not understand what I was going through. An employer starts wondering if it’s worth it keeping you when every month you are asking for sick off.”

Dr Omanwa says it is rare to find death directly linked to endometriosis, except in instances where the endometriosis may have moved to a major organ like the brain, the heart and the lungs.

Currently, there is no cure for the disease. It can be managed with oral contraception pills, painkillers that block nerves and hormonal medication that places a patient in false menopause stopping menstruation.

In 2015, Ciru experienced vomiting, diarrhoea, bloating and constipation. “I had to be on laxatives to get through the period,” Ciru says.

Earlier, Ciru notes, she had suffered from anaemia as endometriosis also causes heavy bleeding over a longer period of time depriving the sufferer of iron and other essential nutrients. This also manifests as bouts of headaches and fatigue.

Dr Omanwa says that diarrhoea, painful bowel movements, bloating and constipation are signs that the endometriosis has spread to the alimentary canal.

Difficulty breathing is usually a sign that the disease has spread to the diaphragm or the lungs.

Dr Omanwa explains that there is a medical reason for recommending pregnancy as unlike in years gone by, women are getting children late but “in the old days, women began having children early. With each pregnancy, the women reduced greatly the number of times they would menstruate and hence endometriosis.”

Adds Dr Omanwa: “After several cycles of pregnancy the women’s bodies would have sufficiently suppressed endometriosis: giving the disease almost zero chance that it would develop further to anything significant.”

Indeed, Dr Omanwa, who also teaches at University of Nairobi’s School of Medicine, believes endometriosis cases have increased because of  modern woman withholding getting kids, a situation that worries Ciru a little but “I will cross that bridge when I get there,” she says adding that “early detection may help prevent spread of the disease.”