By Priscilla Kimani | 2 years ago 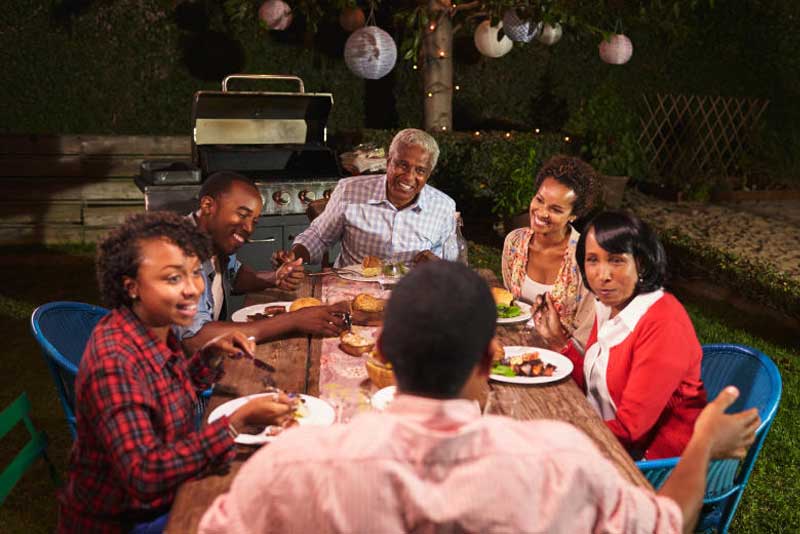 School holidays mean extending family time. And with Easter looming, family gatherings and ceremonies are a great opportunity to bond with relatives in shagz over roast goat ribs and a few horns of busaa and muratina.  It could be kula mbuzi ya mtoto,  rocking the new born baby girl, kupeleka  mahari or a plain get together to share mbuzi ya Easter for no apparent reason. In these gatherings, there are family characters who will make you laugh, cry or both. Here are 10 such…

This is the relative whose name often escapes everyone. No one knows where they live let alone what they do. They never come with their families and no one ever heard they got married. They disappear from family functions as mysteriously as they came. Sometimes they are also the richest in the family, but don’t like being pestered.

These are the incorrigible, certified family drunks. They don’t believe in eating on an empty stomach and thus come high on second generation alcohol, eyes red like nyanya. While they often have funny stories told through missing front teeth, they can bring aibu ndogo ndogo when they mistake mzinga from muratina. They are also adept at separating watu wa Nairobi from their money with tales of woe!

This is the uncle who always comes late and high like a kite. But kids love him for his generosity and goodies. But you never see him without his black Godpapa hat, half coat under a kabuti and his rusty Volkswagen  Beetle has to be pushed downhill but not before warning “wacha  niwapange  vizuri  hii  gari  ata  inaeza  beba  watu  mia  mbili...Auntie  Sherrie  chomoka  kiasi  watu  watoshee  vizuri...”

Her culinary expertise is  the  talk  of  the village. She prepares the best chapati and and can do amazing thing with a goat head. Everyone   consults  her  on  food  matters and don’t be  dismayed  when  she  lectures  you   about  kujenga  mwili ,  kukunywa  dawa  za  minyoo,na  kupunguza  kitambi.

They  usually  want  to  have  a  taste  of  every  dish from the relative above. Their  plates  are  usually full of different  dishes which will later leave them constipated. Being  heavy  machines, they  make  orders  around  “ata  uji  nitakunywa  iletwe..chai  nayo  iko  kwa  njia...”

These are relatives who know it all. From where best to source mbuzi ya Waria, which are the cheapest mechanics along Kirinyaga Road to where best to educate your children. These consultants usually have their first car, but are thrice married, but know how to tell spouses to avoid. They often ruin gatherings with comments like “kama  mngeniuliza  hamngenunua  hizo  viti”  and “nilijua  tu  chakula  haitatosha...”

He knows the naughty kid’s hideouts and miraculously fishes them out. Canes  and  whips  in  hand, he  usually  commands  a lot  of  respect. He  is  known  for  kuweka  sura  ya  kazi and whistling and patrolling  while issuing threats.