Njonjo, Moi, Moody: Why these wazee are still up and running

Many Kenyans succumb to lifestyle diseases at relatively young ages and celebrating one’s 90th birthday is no doubt a biological milestone.

Njonjo, who is not on Facebook, Twitter or Instagram, was born in the year Kenya became a Colony and went on to outlive all who were in Kenya’s first independence Cabinet.

He joined that rare group of Kenyans enjoying their sunset years in the ‘90s Club.

Others in this bracket include retired President Daniel arap Moi, now 94 and Kenya’s first Governor of the Central Bank and Head of Public Service Duncan Ndegwa who still plays a round of golf at 95.

Muthoni Likimani, the first black Kenyan to run a PR agency called Noni’s Publicity, is 93 years old. But the mother of three has won other hats in her illustrious life: writer, broadcaster, radio and television producer, educationist and women rights activist.

The World Health Organisation pegs the average life expectancy in Kenya at 67. So, what made these Kenyans live so long? What diet and lifestyle habits helped them, or was it plain good old genetics?

Dr Borna Nyaoke-Anoke, a Kenyan physician and clinical researcher, argues that “Kenyans were living longer in the past as they had healthier dietary choices with less processed foods and were more physically active hence did not have as many non-communicable diseases such as diabetes type two, cancer or cardiovascular diseases which lead to higher mortality rates.”

James Mbugua, a city psychologist, argues that expectations were not as pressure high to excel as during our grandfather’s time.

He also adds that increased knowledge and advanced technology has not helped matters considering many people hardly take their health seriously and instead opt for quick fixes in drugs.

Njonjo, for instance, has often mentioned keeping to a frugal diet of a cup of tea and two toasts of bread in the morning, and lots of fruits and vegetables at lunch and supper. He dispenses with nyama choma, preferring fish and other white meat.

The former Constitutional Affairs minister is husband of Margret Bryson and father of three children, a lawyer, scientist and veterinary doctor. He also does occasionally drink alcohol, but only a bottle of beer- strictly a cider.

In a previous interview, Njonjo, who remained a bachelor until he was 52, said: “I look after myself. I swim daily. I used to do 12 laps, now I do only seven. I also have a bicycle which I ride for 10 minutes daily, on top of the treadmill which I do for 10 minutes daily. I’m also careful about what I eat; I don’t eat nyama choma. I eat a lot of veggies.”

Being busy also counts. When he retired from public service, Njonjo, who is known to drive himself to work daily, immersed himself in business and won’t stop working unless “Maybe when I’m cremated. Otherwise I will wait until I cannot move a limb. As long as my feet can carry me, I will come here (office) daily,” said the man whose evenings are spent at his coffee and goat farm in Kiambu.

Besides lifestyle, Njonjo’s family is known to live long lives meaning genetics could also be at play as his father, Chief Josiah Njonjo was still strong when he was facing the Njonjo Commission of Inquiry in 1984. Njonjo was in his 60s, the father in the 80s.

The other Septuagenarian is retired president Moi.

The 94-year-old, like Njonjo, long embraced healthy living though he ‘eats meat like a lion”, according to his long-serving aide, Lee Njiru.

Kenya’s second president and father of eight is also a sucker for boiled green maize for breakfast with either porridge or tea. He also rarely mixed his proteins with starch. Moi’s ugali was served kavu with sukuma wiki. In case of meat, a lean lamb was sacrificed. He also dislikes spices alongside never touching alcohol or puffing at cancer sticks.

Duncan Ndegwa, the former Central Bank of Kenyatta retired to his businesses and among his regimens is playing golf. He once said, “The way you are on the golf course, is the way you are in life. Without golf, my life would have been poorer. I have no regrets in activity spent in golf.”

Uncle Moody, the one-time “career assistant minister” became Vice President after the demise of Wamalwa Kijana at a London hospital in 2003.

He and his 14 siblings have dominated politics, education, commerce, medicine, engineering, sports and academia, but the long life for the father of five can be pegged on among others; 30 press ups and floor exercises every morning. As he once explained, “I lie on my back and then I flip over until my feet touch the ground. Then I get up and do that again… 150 times.”

When asked about her longevity, Muthoni, a former beauty queen, who hardly sleeps beyond 4am said, “God has been kind to me. African food has also helped me remain strong. I eat uji made from three different types of millet and I don’t drink.”

Mbathi, one of Kenya’s pioneer technocrats, attributes his good health to laughter and keeping busy since “a chat of any length is tasteless without laughter. I keep myself busy, but I also relax because the contrary is recipe for an early grave.”

Then there is Yusuf Dawood who delighted Kenyans with the column, Surgeon’s Diary, for 38 years in the Sunday Nation, and still counting. He often attributed his wellbeing to the services of his four wives: Writing, surgery, rotary and his wife Marie.

Dawood has since relocated to England after 57 years in Kenya. Work-related stress from being administrator at Aga Khan Hospital saw him resort to writing fiction to release stress. Stress management is one secret to a long life.

At that age, you would think Septuagenarians fear death. Listen to Njonjo: “Death is something you can face, why fear it? I don’t engage in that kind of thought and I don’t want anyone to raise money when I die... friends meeting at the Cathedral... I don’t want any collection of money.” 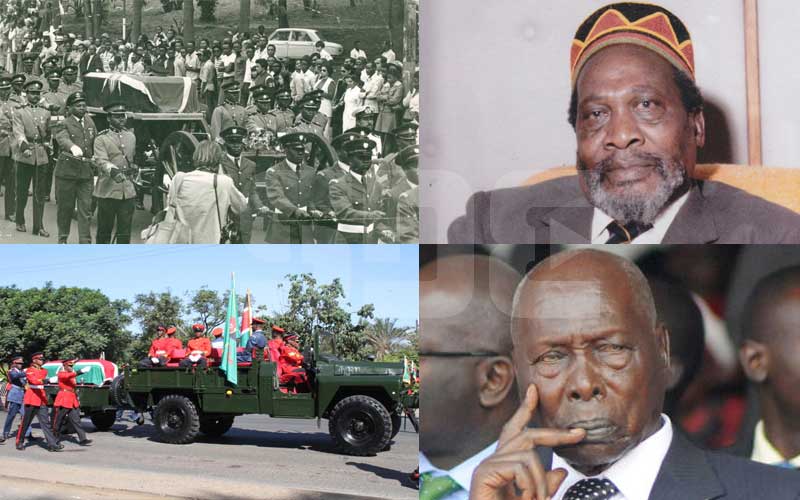 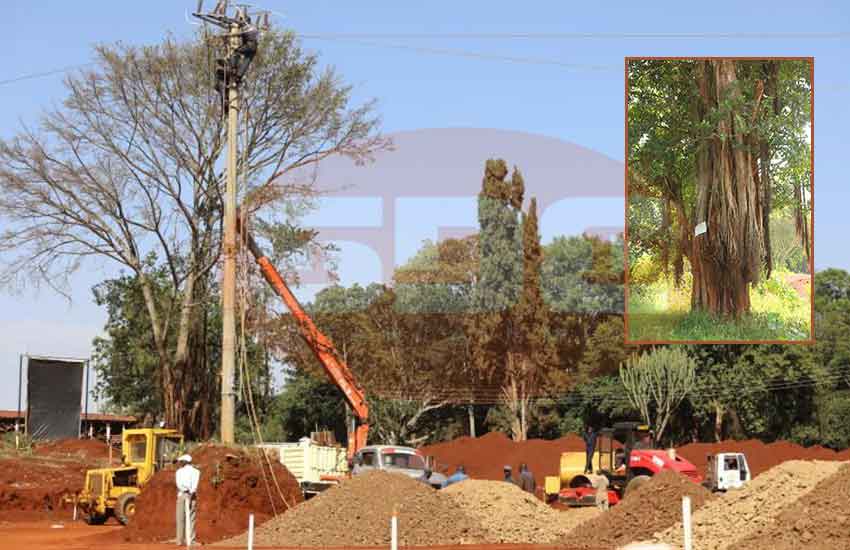 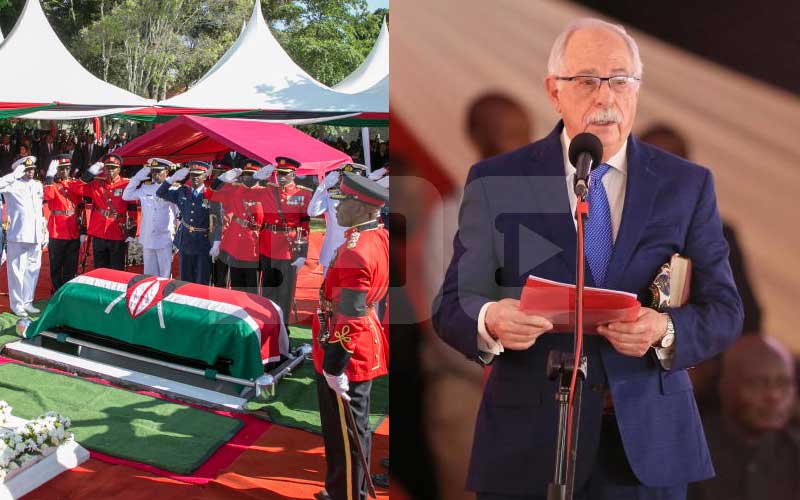 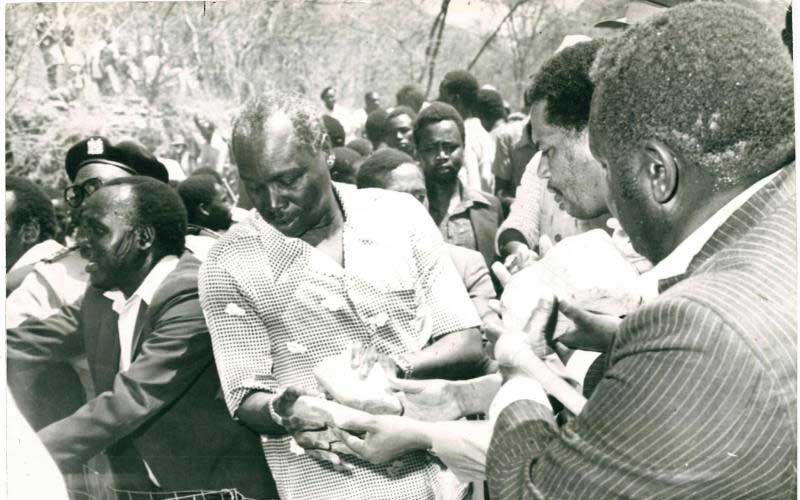 The day former president Moi's cabinet met under a tree, jogged
7 months ago