Opinion: God of Abraham, Jacob and Israel is too violent

By David Maillu | 3 years ago 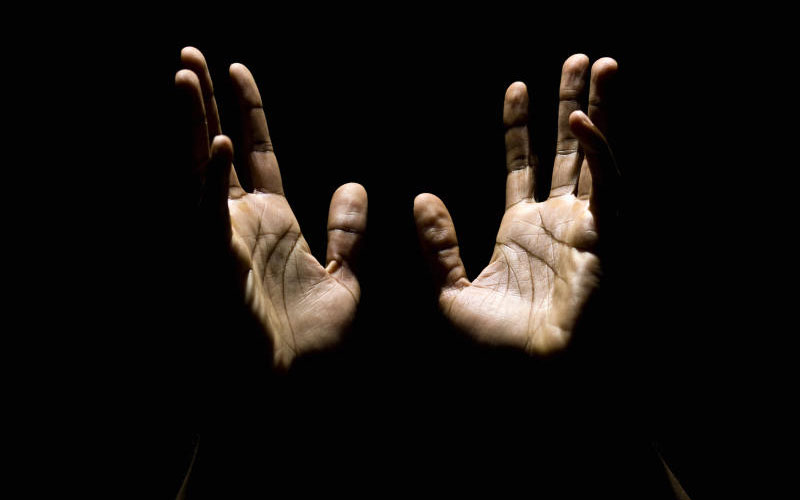 A strong and effervescent Christian friend recently returned to Kenya from a highly inspired and precious pilgrimage to Israel, the Holy Land.

After listening to his excitement and increased faith, I asked him, “Tell me something. When you read about the too many murders in the Old Testament of the Bible and stop to consider the uncountable human crimes, atrocities and murders taking place in Israel and Palestine today particularly fueled by Israeli’s egocentrism, do you still think that country is really a Holly Land? Do you still see God’s presence out there?”

The question caught him unaware and didn’t amuse him. He fumbled for an answer as he glowed with the inspiration of having been to the Holly Land and closer to God.

His answer began with, “You see, God created man and gave him freedom to choose between good and bad.” I knew I had lost the game to his absolute belief.

During the 1990 Gulf War, I witnessed something interesting but worrying. It was between US President George W Bush and Iraqi President Saddam Hussein. That was when Bush was planning to drive Saddam out of Kuwait which he had invaded and annexed precipitating the Gulf War led by America.

Where did God stand between the two countries?

Obviously, both Bush and Saddam were strong believers in their God. They behaved as if there was a God for Muslims and a God for Christians; but not the universal Almighty God responsible for all creation. If I was God, I wondered, what stand would I take between Bush and Saddam Hussein?

Then the war broke out and American soldiers and their coalition forces killed Muslims, destroyed the country and its president in the name of the Christian God. Christians won against Muslims, isn’t it?

When I went to school during the colonial days, the first thing we were forced to do was recite the Bible about the birth of Jesus Christ in Bethlehem. Then, as we advanced in education, we read many things in the Bible regarding the might of the children of Israel and how close they were to God.

Those conversant with the Old Testament know how biased and murderous the God of Abraham and Israel was to other non-Jews who were depicted as enemies.

The Old Testament has stories after stories regarding how God helped Jews destroy their enemies who simply were non-Jews. The story of David and Goliath stands out as an illustration. Goliath was a Philistine.

The word “Philistine” comes from “Paleshet” meaning invaders. In essence, Philistines and Palestinians could be the same community.

I was disturbed when our teachers and church preached contradictions with regard to the nature of God. On one hand, Jehovah, the Almighty, was presented as the creator of people and all living things, which he created in absolute love. If that be the case, then why should the same God stand biased in helping different members of God’s communities to kill another and make God happy?

I was confused by the story of Abraham getting tempted by God to sacrifice his son, Isaac. I wondered what kind of tricky and doubtful God that was who needed to test Abraham and confirm that he loved God when the God preached to us was God who knows everything?

Why should an all-knowing-God descend so low as to doubt Abraham’s love? So, Abraham went ahead to prove that he loved God by sacrificing his only son.

God confirmed that Abraham loved him. So, instead, Jehovah Almighty accepted that and instead asked Abraham to sacrifice a sheep. Why should God accept his own creature being killed and sacrificed to Him? In so many cases, the God preached about to us appeared as poor in knowledge as human beings.

We read today about the relations between Israelis and Palestinians and how the Jews are just as murderous against Palestinians as they were during the biblical times in the name of God. The war is about Jerusalem in the Holy Land.

The Israelis, supported by Americans and Christian allies, are destroying the Palestinian nation as the world watches. Where is God in this destruction?

Going by the savagery history depicted in the Old Testament, how “holy” is the land of Israel? In the 21st century the Israelis are grabbing Palestinian land and killing Palestinians in the belief that that land was God-given to nobody else on earth but to Jews and that, in fact, the Jewish nation is a special breed of people superior to the Palestinians if not to anybody else on earth. Fallacy or bitter truth?

On the other hand, in the name of Allah, Palestinians are killing Israelis and other human beings, born and unborn, children and adults through suicide bombing to win the heart of God. They, too, behave as if God is on their side and God will help them destroy their enemies worldwide. Who is right- the Israelis or the Palestinians?

How many innocent people have been killed and properties destroyed in the name of God? The Israelis are now moving with speed, singing praise to the holly walls, to get Jerusalem as their capital at whatever cost, strongly believing that God is on their side and soon they will destroy their enemies.

It is a commonplace statement in this country while praying, in churches too, to hear the person crying, “Our God of Abraham, Jacob and Israel.”

It would sound as if Africa has no God and spiritually we have to fly to the vindictive Israeli God and the God of vengeance who is awfully biased waiting to destroy all creatures who do not worship Him and recognize Israel as the Holy Land where God frequents.

If we are Godly orphans, surely, would it not be better for us to create our own humane God for, as Christianity sharpens its sword, Islam builds suicide bombs.

The writer is an African thinker, philosopher and author.