Cathedrals are not cemeteries for bishops- Reverend Peter Njogu

By Rev Peter Njogu | 4 years ago 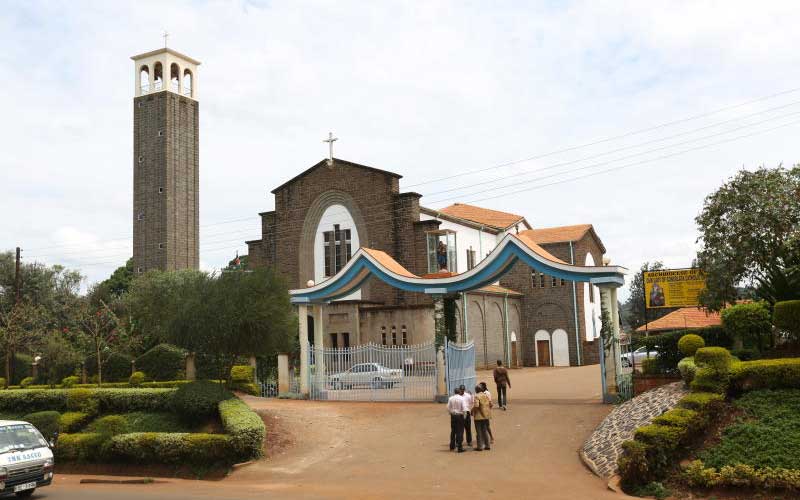 Despite the great love I have for our esteemed Catholic bishops, it must be pointed out that the trend of burying them inside cathedrals is sickening and hurting.

For one, it should be noted that it is un-African to bury the dead in churches. About 60 per cent of people I spoke to about this confirmed that the trend is scaring away worshippers from churches.

Other respondents declared ignorance of that tradition’s origins, but decided to keep quiet in submission to the authorities in fear of excommunication and laicization

“I can no longer enter that cathedral unaccompanied because I fear the spirits of those buried inside”, said a Nyeri Christian. Another worshipper stated that, “The centre of attraction in the cathedral is not Jesus in the tabernacle, or that beautiful Holy Mass, but the touristic attraction of the interred remains of the said heroes of faith.

Almost a month ago for example, the remains of Bishop Cornelius Korir (May his soul rest in peace) were interred inside the Sacred Heart Cathedral in Eldoret.

At the Consolata Cathedral in Nyeri, the bodies of Rt Rev Bishop Caesar Maria Gatimu and Most Rev Bishop Nicodemus Kirima (may their souls rest in peace) are also interred.

As we begin the Lent period on Ash Wednesday every year, the minister applying that ash on your beautiful face says; “From the soil you came, and to the soil you shall return”, and you respond, with Amen!

Now the question lingers: Is internment real burial and yet the body has not returned rightfully to the soil where it belongs? What will the situation be 50 years from now, if we continue burying bishops in cathedrals? Will internment not be done even alongside the pews where the worshippers sit?

My take is that death is death and special treatment or preference should not be given to human remains. We bury our dead so that we can forget; hence the phrase burying the hatchet. It is forgetting the past and moving forward because life has to continue. Preserving bodies to the best of my knowledge is meant to venerate and honour the bishops for their contribution to faith and mission. However, veneration can be done even from the graveyard, since what matters most is the legacy of the said bishop.

A graveyard outside any cathedral’s precincts or parish would be the best place for burying clerics, bishops or renowned Christians. Furthermore, I do not think it is funny to bury a man of the cloth at his own or even parents’ compound in exercise of his last will and testament.

Though it may be noble to bury bishops in churches, especially in Europe (remember the historical Roman catacombs during the Christian persecution era around 60 to 80AD?), the same cannot be said of Africa since our African culture and understanding of the dying, the dead and death is quite different.

According to Lydia Wanjiku, a 95-year-old Kikuyu elder, a sick person could not be left to die in the house or in the hands of their siblings. His kin would take them deep into the forest early in the morning (4.30 am) where predators moving back to their dens would maul and consume their body. It was an abomination to face a dying person. Nonetheless, the kin kept watch and if for any reason the body was not consumed by animals, the family was obligated to offer a sacrifice to appease the spirits of the dead. Later, the house of the deceased was destroyed; the compound cleansed and heads of the closest of kin shaved.

This was meant to scare away the evil spirit of the dead from visiting the family again. My respondent continued to assert that mourning generally happened after the exposure of the body and not before.

“Later, after the coming of the white man, burial was introduced as it appealed more to hygiene and respect to the body”, she explained.

Nonetheless, the body was to be buried about 30 to 40 metres from the family compound (although some cultures prefer burial closer to the homestead). That should tell you exactly that the distance between the dead and the living should be separated and that for whichever reason, they should not dine or make merry together.

Failure to observation this distance in our cathedrals is actually becoming the talk or discontent of the day if you like. The end result is that some Christians are complaining silently due to fear of excommunication, contemplating even running away from such places of worship, or shifting to other churches altogether.

The Most Rev Dr Peter Njogu Kibutu is head of Renewed Universal Church, Mt Kenya Region. He lectures on religion and cultural studies at Kenyatta University.