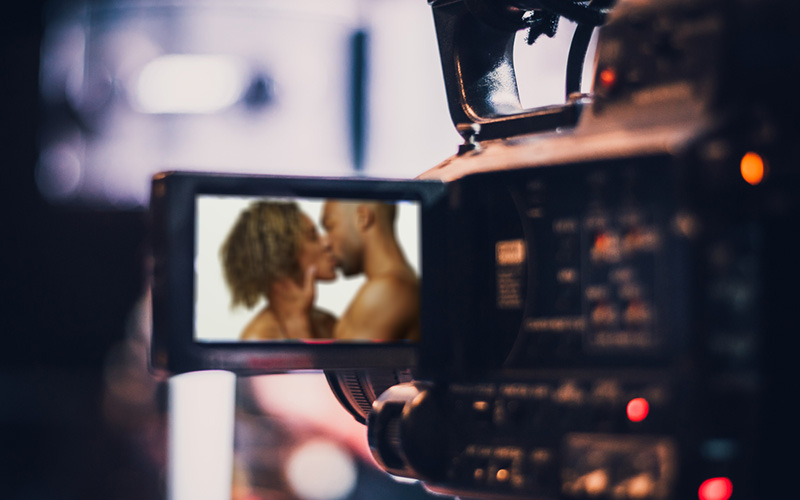 It is 20 minutes of lousy scripting and acting in a dark, dingy and poorly lit room. At times, the camera man gives directions to the couple and children playing outside the 'studio.' The end result is a grainy, poorly shot video of a man huffing and puffing; a woman squealing.

The man behind the Sh2 million a year third-rate 'enterprise' is a 33-year-old who drives an old model Rav 4, lives along Ngong Road and loves drinking along Koinange Street.

He had hosted a party in his house in Juja when he was pursuing his master's degree.

During the party, with alcohol flowing, he filmed a girl who was drunk. She was stripping and dancing in front of everybody. He posted the video online and it received more than 3,000 views in four hours before YouTube pulled it down.

His first discs were scratchy, depicting poorly shot movies with university students who covered their faces.

He then realised that this isn't what the market actually wanted. He recruited prostitutes who did not mind being filmed.

"It wasn't difficult, Kenyans can do anything if the price is right," he claims.

He makes up to eight films per year and sells a maximum of 5,000 copies to agents, who in turn sell them for between Sh250 and Sh500.

He has competition and reveals that there are two other producers who earn twice as much as he does. Our efforts to reach the other two millionaire producers hit a snag as they were not willing to talk to journalists.

"Prostitutes make up about 90 per cent of my female actors. I have met girls who agree to act for as little as Sh10,000, as long as they keep their faces hidden. I don't like that though. How will people enjoy the movie if an actress covers her face? At times, I get older prostitutes who charges as little as Sh15,000," he says.

He claims that the venture is risk free.

"Once I have the actors, we meet and plan. After that, we agree on a location, say a friend's house, and shoot during the day. In less than an hour, the movie would be done and I just go to my office and do the editing," John says.

His office is in a 'respectable' part of town, in a building that also houses a big consultancy firm.

"I don't think there is an estate in Nairobi that doesn't have two or three people selling my productions."