By Edwin Wanjawa
3 years ago 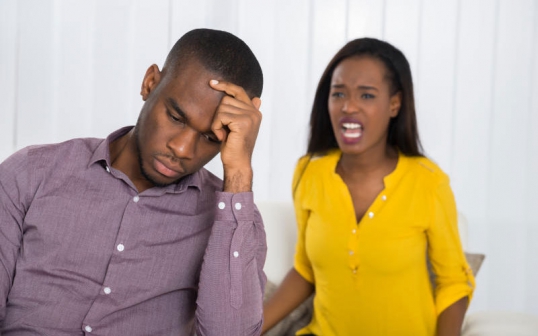 All men say they wish they understood the women in their lives: mothers, wives, girlfriends, daughters and even sisters. The fact is, there’s a biological imperative to balance oestrogen and testosterone or if you like, the masculine and feminine schism.

Whichever way you look at it, gender balance is pivotal.  When birth ratios exceed the historical average of 1.6 males per one female, things go amok.  Violent crime increases, rape and prostitution proliferate, and wars are escalated.

China and India, the former with its one-child policy, and the latter with its dowries, have already felt the pinch of under-feminisation.

Crime rates have doubled in China in the last 20 years and female suicide rates are the highest in the world - quite possibly a consequence of how many baby girls are aborted. Heavy stuff.  Keep it in mind the next time your woman is giving you a hard time.

Let’s face it - it’s neither pleasant nor very dignifying when your woman comes down hard on you. Yet it’s in this little corner of female psychology that we men can find the best of ourselves.

There are a lot of ways to describe it - getting sh*t; getting bitched at, getting a hard time, kukaliwa chapati... In reality though women are not trying bitch at, they are putting you to test. Simply stated, your woman is going to test you.  It’s part of her relationship role and it is embedded within her female psychology.

So, next time your woman is coming down hard on you don’t go defensive, realise it for what it is: a test. And you’d better find out the best way to pass the damn thing if you know what’s good for you!

First is Tests of Insecurity. This unfortunate quirk of female psychology, arises out of a woman’s own insecurities.  They come in the form of “tell me you love me,” “do you think she’s prettier than me?” “Am I fat” and “who were you out flirting with tonight?”

In some cases, they’re entirely reasonable.  A little reassurance even to the most confident of women is totally in order.

But, if you’re dating a girl whose insecurities begin to impose on your own happiness, well-being, and relationships with others, appeasement will gain you temporary reprieve, and not much more.

That’s because Tests of Insecurity are all about sucking you in – her insecurities create a negative emotional vortex, of sorts, that can only be filled by you.  Or the next man who’ll tell her what she wants to hear.

And that’s the most damaging thing about insecurities, and specifically, about failing this test.  A woman with low self-esteem will always be looking for the next thing to make her feel better about herself.  Maybe a gift, maybe a trip, maybe the attention of another man.

You know when you’re being given one of these tests, because you feel an unmistakable combination of pity and frustration towards her. You feel like she’s sucking you in.  And the only way to pass this test is to gently but unfailingly refuse to let it consume you.

You have to set your boundaries.  If you really love her, the line is a big fat one, and you let her cross it a few times. Maybe you take the long view, and “work on it” with her – depends on how much drama you like in your life. But make no mistake: the only way that your girl is going to stop giving you tests of insecurity is through her own growth.

Second is Tests of Strength.  “Come back with your shield, or on it,” Spartan women would urge their sons and husbands going to war. I sometimes think of these as Mum Tests.  You want to be lazy, step down, or run and hide.  Mum’s not having any of it.

“Don’t take that from bullies… you go back to school and punch him back!” “A C- on your test?  That’s it – you’re grounded this weekend, and you’re studying twice as hard next time.”  “Putting the toys under your bed doesn’t count as cleaning up – I want them where they belong.”

They were bad enough when you were a kid, but they’re downright emasculating when you’re getting them from your woman.  You want to tell her to shut up, that it’s none of her business.  You get mad at her for your own retreat and weakness.

And that’s how you know it’s a Test of Strength – it feels like a push… usually “out there” into the world.  Towards something, or against someone.  She’s trying to light a fire under your ass and give you the oomph you didn’t have on your own.

Why? Because she loves you.  And the man who she fell in love with isn’t lazy.  He doesn’t come home from work with his head hung low.  He doesn’t put up with crap from others.

But somehow, he’s failing.  It could be mere forgetfulness, or it could be outright defeat.  He’s lost his fire… his drive… his “primary value”. There are two ways to pass these tests.  The first is to accept and reflect upon your woman’s words, seeing in yourself the man who she expects you to be.

It seems emasculating at first… “to hell with this, I make my own choices, I don’t need her telling me what to be.”  But if you’re honest with yourself, you’ll admit that that’s just your ego getting defensive. It’s happy in its state of safety and inertia, and it doesn’t want to get out there on the edge. So while you may think that fighting with her is “winning,” it’s not.

It’s wearing her down, and if you have enough of those fights, she may just realize one day that you’re not, in fact, the man who she imagined you to be.  That’s when you realize just how much you’ve lost.

But maybe it doesn’t get to that point.  In fact, maybe you pass these tests… just by being you.  Because you push yourself daily… because you’re already at your edge… because you’ve got fire and you breath it.

The writer is a sociology lecturer at Pwani University.

When jilted lovers' revenge takes a dramatic twist
1 day ago

Why bride price is primitive tradition
5 days ago