Does the church you worship in betray your last name? A look at seven churches

By Nairobian reporter | 4 years ago

Going to church does not make you a Christian any more than going to a garage makes you a mechanic.

Don’t ask me who said that but in Kenya, going to church might make you more than just a Christian.

Majority of Adventists in Kenya hail from the two communities, at least if you estimate from church attendance.

Of their more than ten main SDA churches in Nairobi, the faithful answer to names like Omondi and Anyango, Kebaso and Kerubo right up to the church high command.

Okay, there could be the odd Kip-something from Kalenjinland, but on average, the SDA Church has been colonised by Kisiis and Luos even though recently Kamandes, Kasyokis and Shiundus are becoming Adventists.

And so it goes that if you are a Presbyterian (PCEA), high are the chances your names (Githendu Waiharo) will betray you as a Kikuyu from Central Kenya, where Independent Churches sprang to counter Christianity’s onslaught against FGM that was then practiced by the Kikuyu.

According to the Patheos Library these churches “place emphasis on the biblical warrant to include African cultural norms into their modes of worship, theology, and practice, though to varying degrees.”

‘Okuyus’ called them ‘Idi’ for Independent. And it wasn’t just in Central Kenya. Legio Maria sprout up in Luo Nyanza as a breakaway sect from the Catholic Church.

These churches co-existed, according to the Maryknoll Insitute of African Studies because of a symbiotic peg as the “most precious assets of ‘Idi’ was its experience of being rooted in African cultures while missionary planted churches inculcated Bible study, that was lacking among the ‘Idi.’

The African Inland Church, on the other hand, is where a Kip-something, say, Kipchumba and the ‘Cheps’, say Chepchumba, and Kasyoki and Kanini are likely to worship.

Kambas and Luhyias are also known to be the majority in the Salvation Army church (Jeshi la Wokovu).

Politicians who mostly depend on the tribal card for ascent into Parliament throng these churches on their campaign trail, seeking votes.

Churches influence the way of life for the bulk of the worshipers. While the Catholic Church does not frown at smoking and imbibing alcohol, it’s not so for SDA.

just what explains the denominational distribution of churches in particular Kenya communities?

Headquartered in their Nairobi South C, PCEA, that was founded by Thomas Watson, was sherperded down these shores by Scottish missionaries.

Dr John Arthur (who taught Jomo Kenyatta at Thogoto and has the Arthur Peak named after him on Mt Kenya) is one notable leader of missionaries. Its membership stands at four million (according to Internet sources) making it one of the largest churches in Kenya.

It was at Kibwezi where Dr James Stewart first started the church, but malaria forced its transfer to Dagoretti in 1892. By 1908, churches had been built in Tumutumu and Kikuyu. 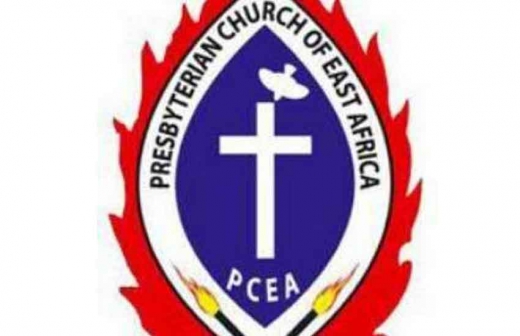 Another was later built in Chuka, Meru. Its spread was mainly in Central Kenya and presently, the church has 54 presbyteries and hundreds of parishes spread throughout East Africa, with the majority in Central Kenya.

The PCEA expresses the faith of the Reformed tradition. Its motto is ‘Ecclesia reformanda, semper reformanda’ meaning “The Church reformed, always being reformed.”

Naturally Kambas took to worshiping here as AIC was first established in Nzaui, Kangundo where Rev Peter Cameron Scott, a Scottish-American from the Pennsylvania Bible Institute, planted one in 1895.

By 1903, AIC, then under the banner of African Inland Missionaries had established headquarters at Kijabe before it spread to other parts of Central Kenya, mostly attracting the poor and dis-empowered Kikuyus. 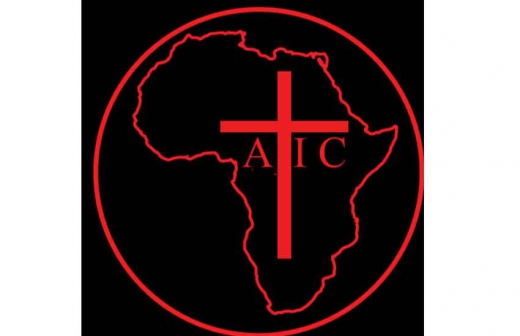 The Kikuyus were displaced from their ancestral land from the uplands area by Colonialist who occupied the White Highlands, and in their interior journey to the Rift Valley, they carried the AIC faith with them by and by, influencing Kalenjin land where Stuart Bryson, a missionary translated the first Nandi bible.

Retired President Moi so desired to have it that he drove cattle for 20 kilometres in exchange for one. Bryson had a daughter called Margaret. She got married, in November 1970, to Charles Njonjo, then Kenya’s AG.

And Kijabe, where its deeply rooted, is probably the ‘holiest’ place in Kenya, given any secular habits such alcoholism, smoking, and sleeping in lodges without marriage certificates, are forbidden.

They were late entrants in Kenya. Their missionaries only arrived in Mombasa in 1903. Mombasa was already a Muslim occupied region.

Traveling through interior Kenya, they found other missionaries had already established themselves. They went all the way to Kisumu and Kisumu was already occupied. 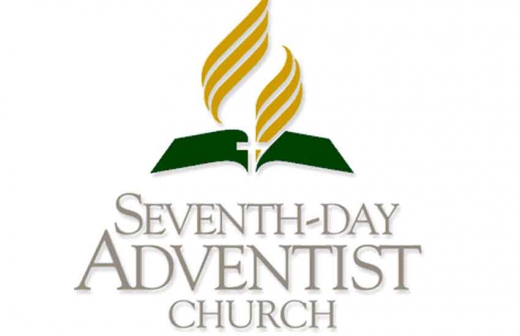 They turned their way to South Nyanza, Kendu Bay and Kamagambo where some of the earliest churches were built.

They also moved to Kisii where they built another Adventist church. Within 30 years they had built churches, hospitals and a publishing house in South Nyanza that helped grow and expand the church in the region. These explains the predominance of Luo and Kisiis in the SDA Church.

Pastor Dan Abuya of the University of Nairobi SDA group reckons that there is a telling trend between where missionaries of various churches first settled and the concentration of a particular denomination in a given region.

“For instance, the Seventh Day Missionaries settled in Kendu Bay in Luo land and Nyanchwa in Kisii land. That explains why many Adventists come from the two communities.”

This brings to the question, “do they belong to the churches out of conviction or convenience?” asks the pastor.

Mostly we go to the churches that our grandparents and parents went. And churches have certainly influenced the sociopolitical and economic landscape of the places they settled.

“In many places, the church has had an impact on the education and the lifestyles of people. For instance, no Adventist can grow tobacco in their homestead. It is always hard sporting a Mogaka who puffs at Nyota and other brands.

To date, throughout Gusii there are no funerals on Saturdays or Sundays, only weekdays. The Sabbath must be kept holy.

It starts with Vasco da Gama arriving in Mombasa in 1498. He was part of the larger scheme by Henry the Navigator to explore new trade routes as well counter the runaway expansion of the Muslim religion in Africa that had even threatened Spain and Portugal.

In Kenya, they initially arrived at Kosi, on Tana River and then Mombasa where they opened a society at Bura, near Voi. 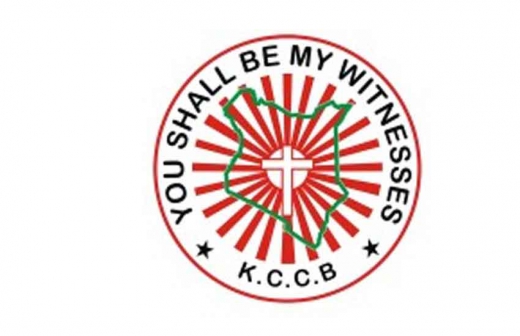 A bishop AlIgeyer is credited with taking the initiative to move into the interior of Kenya. In 1899 upon the railway line reaching Nairobi, the Holy Ghost mission moved there.

The St. Austin Mission was established, developing the first large plantation of Arabica coffee in Kenya. The St. Austin Mission became a center for industrial training, and opened other outstations: Kabaa in Ukambani, Gatanga in Murang’a, and Rioki, in Kiambu. They will use a similar approach to expand to other parts of the country.

With enormous backing from the filthy-rich Vatican Bank, the Catholic church spread to the rest of Kenya, where Fathers, Sisters and Brothers opened the triumvirate of Christian conquest of African souls: A church, school and hospital.

Via its wide inter-tribal reach, the Catholic Church is one mainstream religion without any tribal leanings.

To be a Catholic “one must accept as factually true the gospel of Jesus as handed down in tradition and as interpreted by the bishops in union with the pope.”

Equally, late entrants in the proselytizing mission of missionaries. Arrived in Kenya in 1902 and travelled by train to Kisumu. Unlike the Adventists, the Friends Church ventured towards Western Kenya and first settled in Kaimosi.

They are known for their quiet and non-aggressive nature and approach to life. Musalia Mudavadi is a notable quaker. When sworn into office, they do not lift a bible.

There are at least 133,000 Quakers in Kenya, mostly in Kakamega and Vihiga County.

The central unifying doctrine of their movements is the “priesthood of all believers” derived from 1 Peter 2:9.

The Methodist Church first settled in Meru 1912, according to Professor Zablon Nthamburi’s account in the Dictionary of African Christian Biography, an online site that catalogues religious institutions in Africa.

The church had initially attempted to venture into the interior of the country since they were stuck in Tana River due to limited resources. 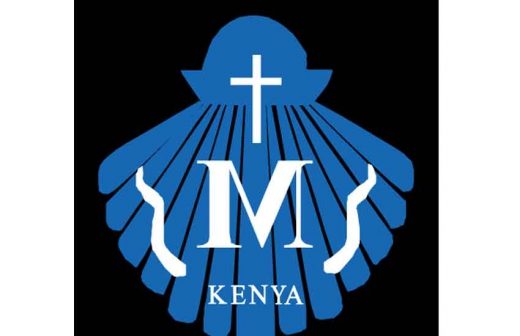 The first station was set at Kaaga. Soon they were able to open many outstations and schools, culminating in the opening of a hospital at Maua, but the mission worked in Central and northern Meru and has pretty much concentrated there.

Methodists believe that God’s spirit manifests itself in every human being.

The Lutheran Church is subdued among the protestant church. It came into the country as late as 1948 courtesy of Swedish Lutheran Mission. Its growth was curtailed as other churches were already too established and they suffered meagre resources.

Lutheran borrows heavily from the Catholic church. However, they differ with respect to communion and vocabulary.

Lutherans, for instance, refer to communion as “The Lord’s Supper” while Catholics prefer “Eucharist” or “Mass.”

Lutherans would also question the Catholic practice of offering Mass for the the dead.

These Spirit Initiated Churches include Legio Maria (founded by Simeone Ondetto and Mama Maria and with with Luo worshippers), Dini ya Msabwa that is almost exclusively a Luo and Luhyia affair.

Then there is the Kikuyu dominated Akorino (with their vilembas, long dresses and partner pairing through dreams) who adheres to conservative Old Testament teachings and Kikuyu traditions. They also don’t take kindly to modern medicine.

Modern hyped churches. They are mostly off-shoots of ‘prosperity gospel’ churches that start under white tents with overzealous pastors forming at the mouth to win souls.