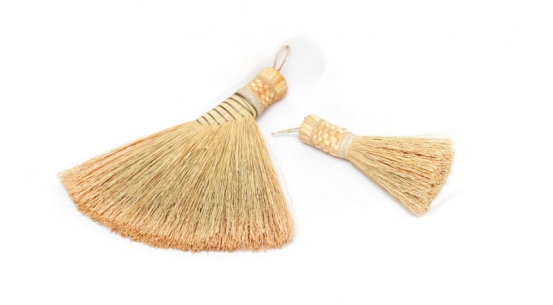 The over 4,000 independent candidates in this year’s August elections, were at their wits end in submitting political symbols without duplication.

But back in the day, it was not rocket science as taa, funguo, jembe and bakora were popular symbols, until Samuel Kivuitu introduced food items when he gave Kenyans the choice between a banana (yes) and an orange (no) during the 2005 Constitutional Referendum.

Before then, food was never used as a political symbol, and picking a cue, ODM party took the orange as its symbol in line with the ‘Orange Revolution’ that swept Ukraine across that year. But ODM has since been swallowed by Nasa whose symbol can leave one scratching the mango head.

Uhuru Kenyatta’s ruling Jubilee party has two shaking hands in a symbolic ‘Tuko Pamoja’ which reminds one that UK first became a Presidential contender in 2002 when parties had laughable symbols.