By Stephen Derwent Partington | 4 years ago 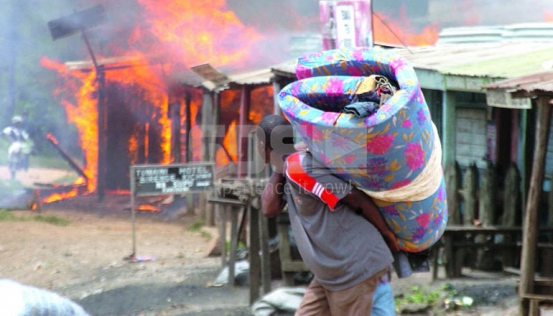 The expatriate comes from a country that loves elections as much as Kenya does, and so in his naivety, he enters his first Kenyan election year with joy and enthusiasm.

But there are of course differences. The expatriate loves elections back in his home country because they provide a chance for real change as organised parties with clear manifestoes are either voted in or out, altering his country’s direction.

Elections back home are peaceful and colourful, the naïve expatriate believes, with people expressing strong views amicably while openly placing party stickers on their cars, advertising their loyalties.

In Kenya, things are slightly different, the expatriate might notice, and his excitement soon turns to concern.

I’m not sure that any Kenyan with a car they value would ever have the moral courage to display a political party sticker on their windscreen.

In Kenya, election years begin, the expatriate believes, with hate-mongering on social media between citizens, and all manner of political moves and ‘function speeches’ from politicians that are intended to intimidate either opposition or government.

As the year progresses, there are defections as wobbly politicians seek to retain power and wealth by moving from party to party (or, they form their own hopeless parties), jostling for re-election. These politicians’ former allies become their worst enemies (until the election’s over, at least), and all manner of insults are thrown about of the sort that the recipient always perceives as ‘a personal affront’.

Everything is taken ‘personally’ in Kenyan politics, which is different to what he’s used to in his home country where, to some great extent, political criticisms are aimed primarily at policies. In Kenya, despite the identical root of the word ‘politics’ and ‘policies’, the former has nothing to do with the latter.

Back home, the expatriate used to take a pen to the polling station as his chosen instrument of change. Often, in Kenya, the political instrument of choice is a panga, he believes, and the ink is somewhat redder.

Let’s hope that this is NOT the case in 2017, for once blood is shed and we realise that indeed our red blood is the same colour as that of people from supposedly ‘other communities,’ it’s often too late to put it back where it belongs, into a living, valuable body.

The expatriate tends to be a cynical sort, and if you see one on the street you could sit him down and tell him that everything will be okay and that violence isn’t inevitable in Kenya. You see, being a dupe of the Western media, the expatriate often believes the worst.

Or if you don’t want to waste your time stroking the ego of the anxious expatriate, you should very much feel you have the right to sit him down and tell him off for making assumptions about the Kenyan electorate.

After all, it’s YOUR vote this August, not his, and your chance to prove all international fools utterly wrong.