There’s nothing wrong with a boy being girly 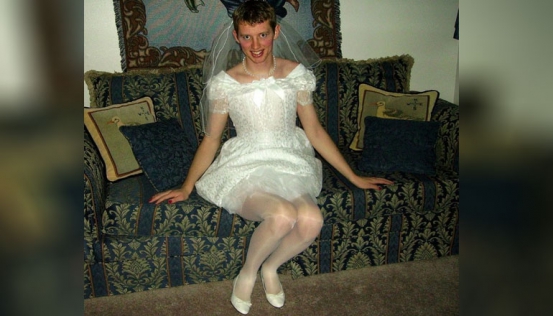 A friend of mine on Facebook recently shared on her timeline a rant by a Facebook user who had some very choice words for a certain Walter Korir. That his post was insulting is an understatement.

Throwing cheap shots at another on social media is not a new phenomenon. I see it every day. What was shocking about this particular post (besides the horrendous use of the English language) is that in this time and age, it is still considered a great insult to be a woman.

Every sentence in that rant reeks of gross misogyny and it goes without saying that the writer believes that all women are weak and completely lacking in intelligence. His intention was to insult, but he ended up insulting the entire female population in the process.

We want to pretend that we are civilised people who believe that sexism in a backward concept, but we live in a society where the word ‘woman’ is an insult. I can’t imagine what more proof of sexism a person might need.

Of the zillions of insults available to throw around these days, it is perplexing that women’s traits and attributes are still considered as the meanest, cruellest and most demeaning insults you can hurl at a man.

Every day, women make headways in virtually every field, even previously male-dominated fields, and are even surpassing their male counterparts, yet being a woman is still seen as lesser than a man and therefore, there is pressure on men not to be that way.

Every day, we hear boys being told, “You are such a girl” or “You throw like a girl” or “Don’t cry like a girl”. Men are insulted with phrases such as, “Do you need a tampon?” and, “Are your balls in your purse?” The general suggestion behind these jibes is that if one is not being the stereotype masculine man, then he must have slipped down the social ladder to being one of the sub-humans, namely a woman.

Other times, we hear of female genitalia being used as insults against men, sometimes the perpetrator being a woman. Why is it that being a woman is still the butt of social jokes? We need to be conscious of the phrases we throw about as insults because it speaks of our possible bigotry.

When a little girl hears someone telling a little boy to stop being such a girl, she will grow up believing that there is something inherently wrong about being a girl.

We need to stop telling little girls that the things that define us as women such us menstruation, compassion and generally being feminine, are also what limit us.

Being girly is not the worst crime a boy-child can commit.

Make a point to never insult another person based on gender.

Tiny African kingdom has skiing as Europe sweats summer heat
News
By AP
7h ago
Kenyans react to reports that Lewis Hamilton is in the country
Showbiz
By Standard Entertainment
8h ago
Juliani: My issue with Diamond's performance at Kasarani
Showbiz
By Fay Ngina
11h ago
Ezekiel Mutua weighs in on Diamond's performance at Azimio rally
News
By Vincent Kejitan
12h ago
Premium
Fashion season: Another arrow in the quiver of politicians
Fashion And Style
By Lolita Bunde
13h ago
.