Why Kenya is a hotbed of bad comedy

By Kevin Ogutu
4 years ago

You can never be bored here in Kenya, if you are the type that keenly follows news, and given the ‘comedy’ that we watch most of the time, I am yet to understand why we cannot outdo Hollywood at producing really enthralling movie series.

We are occasionally confronted with really boring news stories like say climate change, or the faceless cartels keen on finishing rhinos and elephants from our game parks and reserves. To this, being a particularly resilient group, we turn to our Whatsapp where there are always juicy videos and photos on the ready to pass the time as we wait for the ‘real’ news.

And before we can blink properly we hear the presenter saying that somewhere in Kwale or Kisauni, a man and a woman got ‘stuck’ in the act, thanks to the juju planted on the woman by her jealous husband, and the police are still looking for the woman’s husband – who has since disappeared into thin air – to come and ‘put them asunder’!

It is here that you stumble on some headlines which would surprise even the devil himself (or is it herself?) like say, how Dr. Robert Ouko, the fallen Foreign Affairs Minister, managed to shoot himself in the head, douse himself with petrol then set his body ablaze!

Had it come from any roadside con artiste trading by the name of a Mganga or Professor this and that, then we could laugh it off and move to other news making headlines. But this came from none other than the Chief Government Pathologist the late Dr. Jason Kaviti.

That must have been the most complicated ‘suicide’ ever. In fact, Kenya could be the first and the last to ‘witness’ such a rare thing.

You grow up knowing too well that a woman’s breasts are a source of very nutritious liquid called milk, which all infants badly need. Then all of a sudden somebody puts implants into them, a feat that exalts her to a ‘super-socialite’ status. And we cannot avoid this ‘breast adjustment’ thing as it pervades all media outlets.

Every photojournalist wants to catch a glimpse of her, to put down the recent thing she said as television news anchors literally run to her to appear as their guests.

At times, though, the stories become too complicated that one can tell neither the head nor the tail of the whole affair. Only in Kenya can one Saleh Wanjala hang onto a moving helicopter for 1kilometer and escape with minor injuries. Wanjala allegedly mistook the chopper for a mathree because he was drunk at the time of the incident. My ribs are still aching! 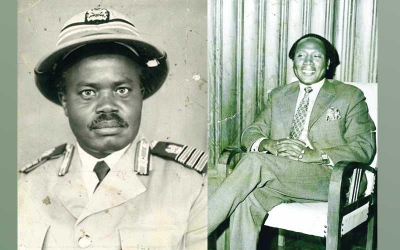 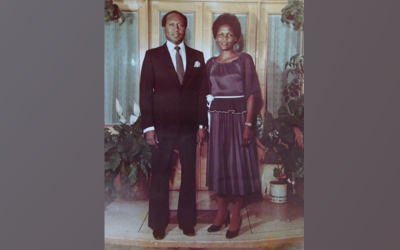 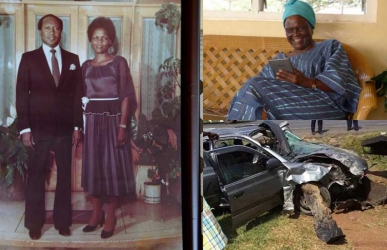 Ouko murder mystery: Where almost all major witnesses and suspects in the probe have died
3 years ago