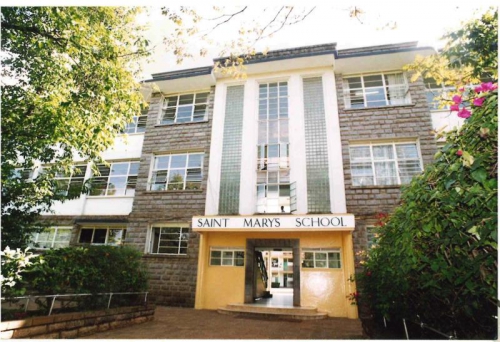 I was in a matatu the other day and was amazed at the wisdom of bumper stickers in public transport. One said: “A hard working person is usually more successful than a talented person who never wants to work hard.”

Matatu ‘philosophy’ stickers have been there for ages. Some are educative, but rarely do you come across something this serious. The common ones tend to be: ‘Marrying a young wife when you are old is like buying a novel for your neighbours to read,’ and so on.

Now, back to the wise sticker. The saying is true all over the world. Even in America, those Hollywood talents work hard to remain relevant.

So, my advice to young parents is: the days of forcing your kids to go through school, just to get an education thinking good jobs will follow are long gone. The future is about talent, being smart and networking.

If you look at the current government in Kenya, you’ll realise it is being run by the Old Boys network of  St Mary’s School, Nairobi, where President UK schooled alongside Bruce Odhiambo, the confidante he appointed Chair of the Youth Enterprise Development Fund in 2014.

St Mary’s is one of those schools where talent is identified and nurtured while instilling the idea that everyone in the institution is family. The students know the school song, We Stand for God, better than the national anthem. Being Catholic-based, religious studies form part of ‘instilling the fear of God.’

During vacations, the school’s rugby team goes for a two-week boot camp, where the routine includes physical exercises, from as early as 4am; eating meals together; studying together; and receiving pep talks from former students. This definitely brings the players closer, and they will most likely look after each other in future.

These schools might be expensive, but I advice parents to sacrifice and ensure their children attend such institutions. That is why students from all over the world fight for admission to Harvard, Yale and Stanford. Lupita Nyong’o went through Rusinga School and ‘Saints’ where they nurtured her acting talent and later Yale School of Drama where her art was perfected. Many ‘old school’ parents would have thought acting is kuwa na mchezo shuleni but see where Lupita is?

Many parents might disagree, but these are the facts. So, don’t let your kids follow the same path you did, attending schools with names that are an embarrassment on their CVs.

Bruce Odhiambo’s mother sacrificed everything for the son to attend St Mary’s and the results are out there to be seen.  Chances are that students who attended such schools are 70 per cent likely to be more successful in life.

Remember, career is where talent meets hobby. Unlike the old days when one was forced into a career but could change into a different field, today, success is dependent on one’s talent.