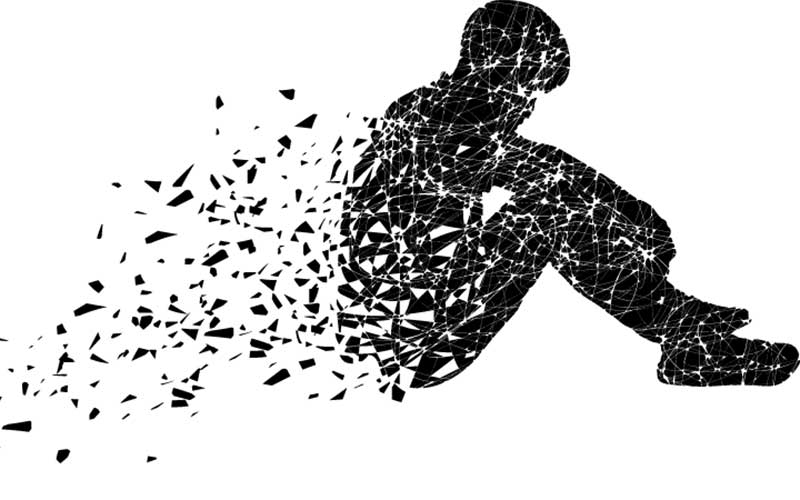 Cases of depression in Kenya are increasing at an alarming rate, with the WHO ranking the country among the most depressed in Africa.

According to Ruth Nkatha, a psychologist with Befrienders Kenya, an organization that offers emotional support to individuals with depression, this mental condition often affects men but is often misdiagnosed as not many people are familiar with the symptoms.

“We have observed that young adult men are more prone to depression compared to other demographics. This is mainly due to societal expectations and pressures placed upon them. Joblessness and low economic base also play a role,” said Nkatha.

A number of Kenyan celebrities that have brushed shoulders with depression are slowly opening up and creating awareness on the condition.

The Kenyan singer recently admitted to battling depression in silence as he went on with his ‘happy’ online life.

Speaking during an interview on Radio Maisha, the Ayana crooner said he tried his best to maintain his outward composure as he battled the condition inwardly.

Aside from the societal expectations, Otile brown said celebrities find it very difficult to open up on mental health issues for fear of being shamed and trolled.

After the death of Churchill show comedian Njenga Mswahili who had confided in his fellow comedian Eric Omondi that he was depressed, Eric opened the lid on some of the causes of depression and how the condition has affected individuals, especially in the entertainment industry.

Speaking to Milele FM, Omondi revealed that societal expectations pinned on fame are driving many young, upcoming acts over the edge.

“If you are a public a figure with no steady income, chances are high that you will sink into depression. You have nowhere to go, considering your celebrity lifestyle. It eats you up from within.

“I remember when I started featuring in Churchill Live, in the first five months, I was very famous but very broke. I could not walk in the streets. I would board matatus and many would think I was shooting an episode but in the real sense, I had nothing. I was soaking in sweat,” said Omondi.

According to the comedian, celebrities need mentors that will walk with them throughout their lives and careers.

“These upcoming entertainers whether comedians or musicians need mentors, someone to talk to,” he advised.

The media personality opened up on falling into a deep depression after her parents divorced. Julie said that after the divorce, her dad remarried while her mother emigrated, leaving her with no home to go back to.

“I was in the throes of deep depression. My parents divorced, dad remarried and Mum emigrated. I had no home to go back to. I didn't have enough money to complete my degree. I was frightened and anxious,” she wrote.

With prayer and determination, Julie was able to overcome the situation and tells her story encourage and inspire anyone going through the same situation.

“I lamented with God, I told Him I was so angry with Him, but I still loved Him and I asked Him to hold me tight and never let me go.”

The award-winning rapper admitted to falling into depression a few years ago after he was forced to drop out of school due to lack of funds.

“Maisha ilikua hard I remember I was having a conversation with your DJ and I told him mi niliachia shule form four not because I wanted to but because of the circumstance at that particular point.

“Just like I said, things never used to be the way they are now. Things used to be hard we had to undergo a lot of trial and tribulations and all that to elevate to this position but now we are happy God is good we are making moves,” he said.

For the former Tahidi High actress, depression hit after the birth of her child, Zari Wanjiku in 2015. Being a first-time mom, Jackie explained that she had no clue on how to go about motherhood which led her to fall into post-partum depression.

“I had these conflicting feelings of constantly wondering whether I should have waited to have a baby and when I tried going back to work, I felt like I was not being the best mum. I would wake up and cry for about two hours and I couldn’t get myself out of it,” Jackie said.

According to Jackie, the condition took a toll on her marriage as neither she nor her now ex-husband understood the mental condition.

“It even caused some friction in my marriage because we were young first-time parents and during that period there wasn’t much awareness about such things.”

How to successfully become a second wife
Lifestyle
By Anne Muiruri
7h ago
What to do when you feel stuck in the wrong career
Lifestyle
By Tania Ngima
7h ago
Singer Kambua announces she is expectant
Showbiz
By Diana Anyango
Nov. 28, 2022
Wanavokali honours Les Wanyika legend
Showbiz
By Boniface Mithika
Nov. 28, 2022
Covid and passion for books brought me here
Features
By Jacqueline Mahugu
Nov. 28, 2022
.