My 20 hours in hell: How I narrowly escaped death in a ceiling during DusitD2 ambush

By Kenneth Kipruto
5 months ago

He can’t explain it. All he knows is somehow, life still had a purpose for him. He survived the ordeal through God’s grace.

Alex Kariuki, 33, was going about his work as a gym instructor at DusitD2 that fateful January afternoon when two terrorists trudged in with one mission-to kill as many people as possible. With bullets flying around him, missing him in a way he still finds hard to fathom, he somehow held on for dear life, clinging on to the rafts of the roof of the hotel, lying motionless on a ceiling, to emerge a survivor of the attack, 20 hours later.

“I had just reported for the afternoon shift at the DusitD2 gym, D-Fit, at 1.00pm after securing a 56-day reliever contract. My colleague was signing out after the morning shift, but was in no hurry to leave, and since there were no people to train at that hour, we lazed around the gym chatting. Nothing around us betrayed the tragedy about to befall us – it was a quiet, hot January afternoon in 2019.

Two hours later, at around 3:15pm, an ordeal that would turn out to be my closest shave with death yet unfolded, announcing its arrival with a deafening blast. It sounded like thunder to my ears. Then gunshots.

We were four in the gym-two hotel cleaners, the maintenance person and I. We did not need a second warning, not with the burst of machine guns around us. We all scampered out of the gym to the nearest staircase, trooping down together.

On reaching the fourth floor, we realised that the attackers were a floor below us. We could hear gunshots all around us.

Not familiar with exits

From the staircase, we saw people scampering all over the hotel. I was pretty new at DusitD2, on a two-month reliever contract, and I was not familiar with the emergency exits. So, I made what would become the worst mistake of my life. I ran up the stairs, back to the safety of the one place I knew well, the gym.

I thought I could use the staff lift to escape to safety. But with gunshots all around me, the most logical thing was to climb up the ceiling. And thank God I am a fitness enthusiast. My muscles came to my aid here. I can’t believe how fast I got up there. During the struggle, my phone fell out of my gym track. My left shoe also fell off. Parts of the ceiling caved in, but I held on to a rafter for dear life.

Barely, had I crawled in than one of the terrorists trudged in, the deafening burst of his machine gun announcing his arrival. By then I had crawled along the ceiling to the part right above the gym.

The gap between the roof and the ceiling was to become my hiding place for 20 hours, the thin ceiling my buffer from the terrorists’ machine gun.

All around me was piping, rafters, wiring, beams, and sheets of papers, the kind used to package construction material. And darkness.

I could hear the blood thirsty terrorist walking around the gym moving from one changing room to the next, his gun silent, for a moment.

Then he got to the point I made my climb up, just right outside the gym on a corridor. My phone and shoe could have made him suspect someone was hiding in the roof and he started spraying bullets from his machine gun. I was the target.

I can’t explain how I came out of that place alive, but somehow, his bullets just missed me, yet he was shooting indiscriminately.

Then silence. A long deadly silence.

I could hear him walking around the changing rooms. In two instances, I heard him say a prayer.

I got tired of lying on my tummy, and I turned to lie on my back. The papers I was lying on crackled. Then I heard the gun being corked before bullets started flying again.

Instinctively, I sat up to avoid exposure. After a few minutes, the gunfire stopped. I think he had exhausted the magazine. But this time, the bullets had raptured the pipes, and water was gushing all over.

All this while, I was holding on the rafters, for around two hours. When my body could not hold any longer, I carefully lay down. After what seemed like eternity, I heard voices from the roof above. I could tell they were the police from the instructions being issued. They were walking all over the roof.

At this juncture, I wanted to shout for help. But again, my instincts got the better of me. My voice could either alert the terrorist that I was still alive, or the police could mistake me for a terrorist and shoot me.

Breaking of a door

So I decided to bid my time.

Below me, I could hear the terrorist shooting outside the building. Above me, the police officers, who I presumed were the Recce squad, were digging on the wall that formed part of the roof.

Then at the breaking of dawn, everything went silent. The digging above me stopped as did the pacing and shooting below. I fell into deep slumber before I was woken up by gunshots and people shouting in Arabic.

The Recce squad, had had enough, and the shooting became intense. All this while, I was keeping my cool, but shivering in fear.

At around 9am, I heard one of the guys above me say “maliza hii kazi.” (Finish the job)

Then the sound of gunfire, followed by the breaking of a door and an intense search.

I could tell where the voices were coming from, and I could feel the change of mood as the tone of the voices changed from desperate orders to those of friendly banter.

At this point I knew the worst was over. Again, my instincts took the better of me and I didn’t shout for help for fear of being mistaken for a terrorist. After about 30 minutes of a thorough search, doors opening and equipment moving, there was silence.

I don’t know why, but I was relieved by the silence. In my mind, I was going to stay put at the ceiling until evening when I was sure I could come out alive. So I made myself comfortable.

Then another group of people walked in. From their accent, I could tell they were foreigners.

I tried to call for help but my voice failed me. Eventually, I climbed down from the ceiling but by then, they were long gone.

I walked to the gym balcony, knowing that I could be mistaken for a terrorist. Below, I could see people, mostly heavily armed men. I did not want to risk my life, so I moved to the opposite side. There, I saw two men, but they got out of sight before I could raise my voice. I opted to go back to the balcony, my t-shirt in hand, to wave for help. Somebody saw me and asked me to identify myself. On my way down, I had to jump over the bullet riddled body of the terrorist who had terrorised me all night on the eight floor.

Kenya Red Cross Society officials did a medical assessment of my body – my muscles were cramped up – and took me to Aga Khan Hospital for further check-up, where my family and friends picked me. Memories of that ordeal still linger in my mind, and any loud bang startles me. I was not supposed to be at DusitD2 that day, but I came out alive by the grace of God.

The hotel organised therapy sessions for survivors, but I stopped attending as they were eating into my work time. Since then, I have never heard from any government official or anyone from the hotel.

Life has to move on, albeit with a small scar on my left hand that will always be a reminder of my close shave with death. 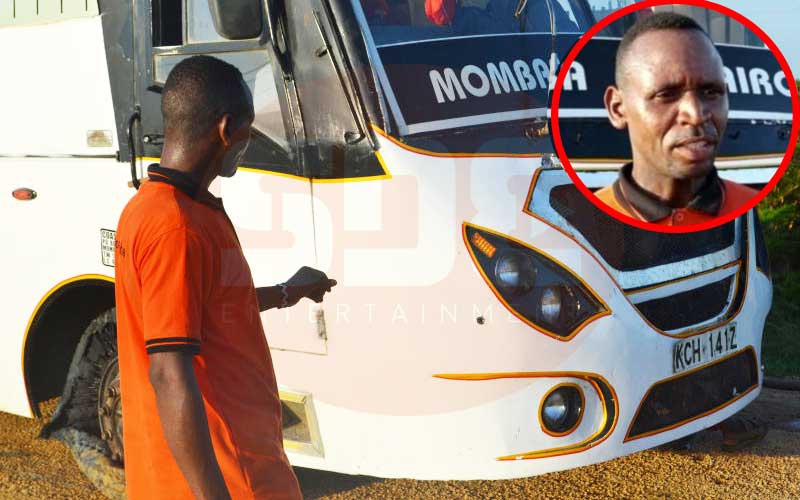 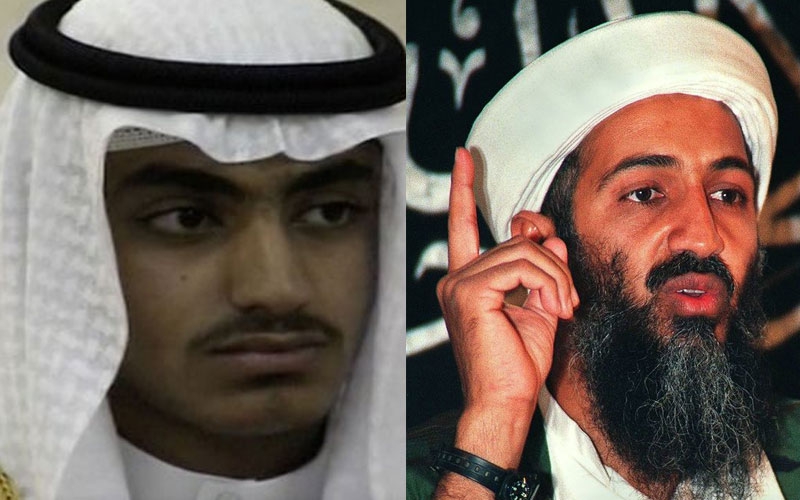 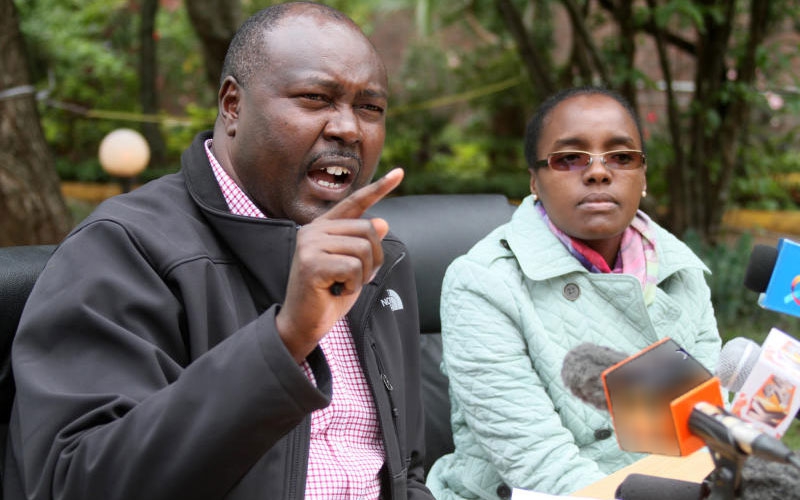 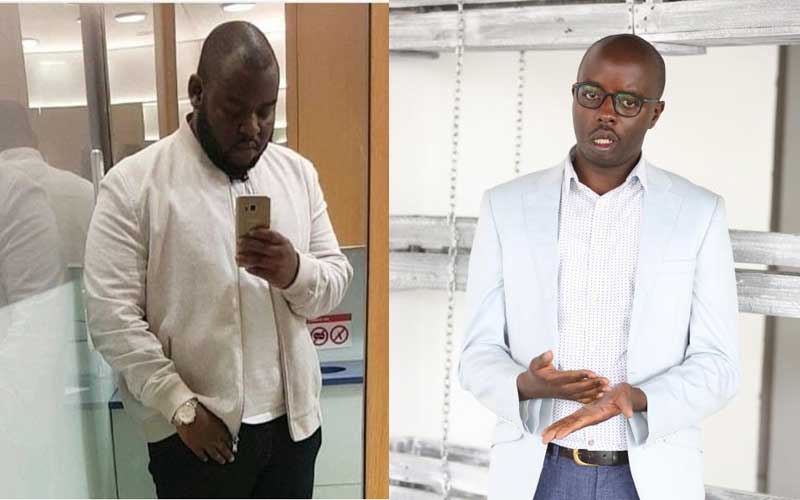