By Moses Michira
9 months ago

Behind the elegance of a compound in Nairobi’s Garden Estate lies a graveyard of hope that is shared by thousands.

Its residents are among Kenya’s new crop of millionaires, if the modern European-style homes and 4x4 ‘toys’ zooming past are anything to go by.

At the entrance to the estate, a notice warns that public transport vehicles are not allowed on the road.

The signs of new money litter Marurui Road, which leads to our destination: house number B12. Its signboard outside the gate, however, was recently uprooted, a gardener working across the road told us.

From the five-bedroom townhouse that has since been converted into offices for ChurchBlaze Group Ltd, the son of a preacher has made a fortune.

His name is Isaac Muthui Mwenda, and in a previous email profile sent to The Standard, he says he has a “BSc in Computers, Diploma and Higher Diploma in Management of Information Systems (IMIS) (sic)”.

Mr Muthui describes ChurchBlaze as an IT firm that owns a group of companies and has five board members – two of them over the age of 65.

A search at the companies’ registry shows that the firm actually has six directors, but only three shareholders, with Muthui holding 7,000 shares, while his wife Frida Rhoda Muthui and an Amos Kimilu Kisuli hold 1,500 shares each.

Its business name may hint at it being a church, but it is instead an epic dream that rode on the power of social media and failed to live up to its billing.

Thousands of people bought into Muthui’s futuristic idea of creating a Kenyan solution to all of life’s basic problems, including the little matter of having to change currencies when trading across Africa’s borders.

The company, however, only built basic websites for various products, including social networking, digital commerce, e-learning and taxi-hailing.

Yet, to fund the dream, investors poured in billions of shillings (Sh2.7 billion as at July 2018, according to a confidential schedule in The Standard’s possession) through PayPal and direct cash deposits into ChurchBlaze’s accounts held in a local bank.

Most of the investors were residents of Murang’a, Kitengela, Machakos, Nyeri, Meru, Nakuru and Kericho.

But now, these hopeful Kenyans, at least 11,000 of them, cannot trace the man who promised them riches as calls to his office are not going through and the premises are deserted.

It all started sometime in January 2015 when ChurchBlaze set out on an ambitious journey to raise funds.

Investors were allowed to purchase shares in four categories, Series A to D, with the latter being the most expensive at Sh60 apiece.

Series D holders were to enjoy a higher level of ownership, more decision-making power and priority in receiving dividends when the business realised a profit.

Photos of the company’s senior managers holding investor briefings in various towns were shared liberally on the firm’s social media pages, and hinted at the profile of those targeted.

In some photos, Muthui and an associate, Titus Muia, are seen making their presentations before groups of several dozen middle-aged and grey-haired folk in rural settings.

In Machakos, for instance, Esther Wanjiru Maina, the investments manager at ChurchBlaze Group, introduces Muthui to a gathering as their son who had “sat down” four years earlier and figured out a solution that would benefit his “own people, parents, community and the world”.

However, investor returns filed by the marketers show that rural areas outdid bigger towns in terms of the number of investors netted, and the value they contributed.

A registration fee of Sh1,250 was applicable as a first step towards being a member of the ChurchBlaze Group family.

And in the months that followed this funds drive, shares in the different categories appreciated in value, albeit haphazardly.

Read Also: The poor shall inherit the Earth? Not really! 10 richest pastors in the world

Financial extracts in our possession show that two investors, identified as Grace and Naomi, paid Sh99 per series D share in January 2016, though a few others were still paying Sh60. Most paid anywhere in-between.

It is this unexplained share price hikes that convinced several hundred other investors that the promised target ‘fair price’ of Sh1,000 was achievable.

For them, giving the initial investors discounts made business sense.

Most of the funds were raised by ChurchBlaze through an Initial Coin Offering (ICO) for the firm’s Nurucoin cryptocurrency, which was open only to existing investors.

The model of sales that ChurchBlaze employed qualified as multi-level marketing, where later entrants typically gain value from the people they recruit. But the business raised questions.

First, he says, was the choice of company name that would easily pass for a church-backed institution and draw in Christians, who form a majority of the population.

Then there was the promise that technology is the next frontier for wealth creation.

“We have taken hope too far to believe in such schemes,” Mr Wameyo said, adding, “Where were the regulators?”

The Capital Markets Authority (CMA) is required to give approvals to any fundraising measures like those employed by ChurchBlaze when the number of shareholders exceeds 52, which technically makes a business a public limited company.

With 52 or fewer shareholders, a business can be termed a limited liability company and does not require CMA approval.

“This is a case of a public limited company and it should only have raised such funds by selling shares on the Nairobi Securities Exchange, but after receiving the nod of the CMA,” Wameyo said.

ChurchBlaze itself had told The Standard in a previous email response that it did not wish to publicise the selling of its shares as this would jeopardise its operations.

“The company has come to the conclusion that the ‘shares’ piece will bring more harm than good to the company,” wrote Hilda Wambui, the firm’s public communication and customer care manager.

She added that the company would prefer a future date “when we are ready so to speak” to respond to a request for information.

In Nairobi, ChurchBlaze retains the Garden Estate house as its head office, but it has since closed its city centre branch, which was based at Town House, a senior official identified as Mr Muia said.

“Once we finished the fundraising, there was no need to keep the offices open,” he said, without disclosing the amount raised.

The Standard would later find out that Muia, who was “very close” to Muthui was actually the business’ chief finance officer. His phone, however, has been switched off since Tuesday when we spoke to him.

All ChurchBlaze’s satellite offices in other towns have been vacated except in Murang’a, where the landlord has attached the property over “issues”, which could mean non-payment of rent, Muia said.

Incidentally, Murang’a has been among the most lucrative counties for the company, netting more than 1,100 investors, according to a confidential schedule we obtained.

Read Also: Five of the richest pastors and their net worth

Collectively, the investors from the Murang’a office bought shares worth Sh11 million, which is outside their savings and cash spent to buy the highly volatile cryptocurrency, Nurucoin, which we have established never existed.

All efforts to find Muthui on his different numbers, including one registered in Minnesota, were fruitless, as they were all off. He was last seen online in October on his WhatsApp.

Muia also stopped picking our calls after we identified ourselves as investors in ChurchBlaze and Nurucoin who are seeking answers. 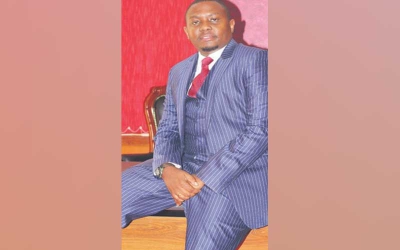