By Harold Odhiambo
10 months ago

It is around 10pm and 15-year-old Josephine (not her real name) is negotiating with her second client in a dark alley in Kondele slums in Kisumu.

Josephine is a commercial sex worker. The skimpily dressed girl has been doing it for two years now after she was allegedly introduced to the illicit trade by her cousin.

Some girls engaging in prostitution, including Josephine, dropped out of school. But there are others still in school, but engage in the illicit trade during school holidays.

When The Standard caught up with Josephine, she had been negotiating with a man who appeared to be in his 40s. However, they fail to strike a deal and the man leaves. The girl takes her spot again, hoping to nab the next client.

She says she charges between Sh300 and Sh500. After posing as clients, Josephine quickly leads us to a nearby lodging.

We reveal our mission and she narrates to The Standard the pain she has endured since she joined prostitution after her cousin she claims is also a prostituted, introduced her.

“It has not been easy. Sometimes, I charge as low as Sh50, especially on weekdays when clients are fewer,” she said.

Josephine, an orphan, dropped out of school last year, due to lack of fees. She was in Form One.

But she is not the only underage girl engaging in prostitution. Even worse, there is an exploitation ring that is taking advantage of the girls.

Sources say the ring is run by business people, hoteliers and adult sex workers. They hook the girls with clients and in return earn commissions. Adult prostitutes are said to have taken this route after it emerged that men are increasingly preferring young girls.

Some of the girls have reportedly been introduced to an organisation that champions for the rights of commercial sex workers in the area.

And at times, sexual exploitation of underage girls happens under the nose of the police.

A girl sleeps with a man, but proceeds are pocketed by those running the exploitation ring.

Not even the prevalence of HIV in the region, which currently stands 16.3 per cent, according to the National AIDS Control Council, has deterred the girls from the illicit trade.

For Jane (not her real), she started by going to parties where she would occasionally sleep with men for money.

“My friends would invite me to parties and hook me up with their male friends. This started two years ago,” she says.

Jane adds: “Later, a woman who was once our neighbour started inviting me to entertain her guests and paid me Sh500 or Sh1,000. This happened almost every weekend. It later became a norm. I have lost count of the number of men I have slept with.”

“I have never taken a HIV test because to me, it is just like any other disease. It’s the least of my concerns. I was pushed into prostitution by problems and some of my friends were coerced into the illicit trade by their parents.”

I also know a number of the girls who have gotten pregnant and aborted, she says.

Kondele Township has become her new home. Before, she would get the clients through some adult prostitutes who she says, negotiated the terms for her and ended up exploiting her. However, today, Jane says she is independent.

Phelister, who dropped out of school in Form Three before joining prostitution, says:” “Some of the girls do not have have houses of their own and cannot afford to rent rooms, which goes for between Sh300 and Sh500 in local hotels. They end up going to the houses of their clients.”

A few meters away, a group of prostitutes are camping near a night club.

A 17-year-old girl, from Nyalenda slums, says she is in a group of five girls who work under an adult prostitute. The woman, she says, has connections with owners of lodgings.

The woman, she adds, takes commissions for linking them to clients and organising rooms for them.

“We are forced to use alcohol, cigarettes and bhang just to drug ourselves as we engage in this no-so-good business,” says the girl.

She says the woman who introduced her to prostitution always gave her packets of condoms to carry.

The Standard established that most of the girls are unable to pay for lodgings, some of which are owned by the adult commercial sex workers, which has given room for exploitation. That is why they have sometimes ended going with their clients to their homes. At times, they do their business in the dark corridors.

Interviews with hotel workers and boda boda riders revealed that many men are increasingly going for underage girls which has not gone down well with the adult prostitutes who have become hostile to the minors.

A hotel owner, who did not wish to me named, said most his clients are sex workers. “Men are always walking in with young girls. Some of the men would ask us to find them young girls,” he said.

And this is not just confined to lowly hotels. Staff from top hotels in the region are also in the game.

“We have many visitors, especially during weekends, who ask us to get them girls. Some of them are specific on the age with the preferred bracket being 17-18 years,” said a receptionist at a top hotel.

Joshua Ouko, a boda boda rider, says he has witnessed elderly men pick young girls. “I ferry them and notice they end up in lodgings and estates around Kisumu. There is a high number of girls engaging in prostitution here. As a parent, I am hurt but there is nothing much I can do,” he says.

Our attempts to get a comment from Kisumu Sex Workers Association were futile despite several visits to their offices.

But a woman who said she is a prostitute and a member of the association claimed they do not see child prostitution as a problem.

She says most of them were pushed into the business by poverty but claimed “sex tourism” has offered them a lifeline.

Nyanza regional police commander Vincent Makhoka said they are aware the vice is taking root in the region and that they are working with various government and non-governmental agencies to tackle it.

“We are tracking down those introducing minors to prostitution. Recently, we arrested three people in connection with child prostitution. They have already been charged in court. We are treating the cases as defilement. We have also enhanced our patrols,” he says.

Mr Humphrey Wandeo, the director of the children’s department in Kisumu, said some children end up in prostitution after they have been neglected by parents.

“Parents should take the leading role in monitoring their children. We are also working with various organisations to rescue children from the streets,” he said. 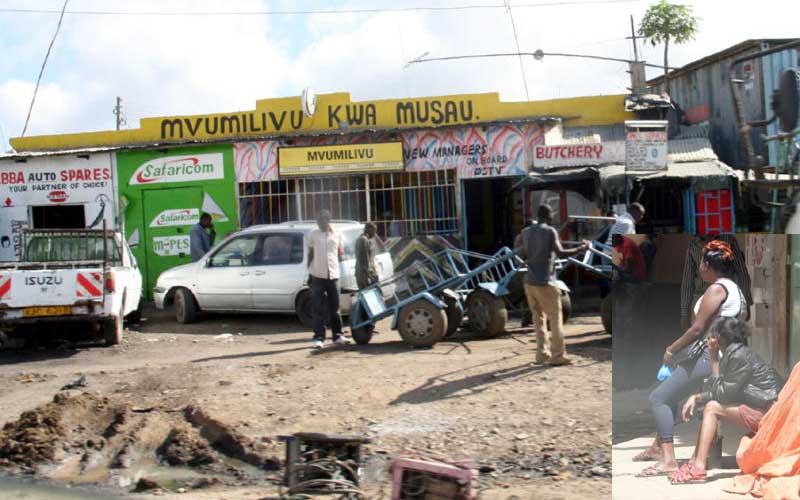