Through social media, Kathy disclosed how the chemotherapy’s adverse effects made her husband weak and led to hair loss.

In the motivation message to those going through tough times, Kathy reiterated that belief in God is key in overcoming life’s challenges.

“Last year, was a difficult time for us. My husband @bishopkiuna was diagnosed with cancer and was away seeking treatment. Chemotherapy had him loosing hair, gaining weight and unable to do much physically; he was unable to stand or walk for long and had to tiptoe around from the immense pain in his legs.

“Chemotherapy had him at his lowest. What was most difficult for me, was having to be home preaching most of the time and not by his side physically and honestly speaking it took all of me to even stand and preach.

“Most of what I preached last year, was more for me than anyone else, it was God speaking to me at the same time using me to get to someone. Regardless of how I felt, I had to show my husband that we would get through this and show strength even when it was hard and would later go on my knees and remind God of His promises most times with tears rolling down my face.

“In that season, I learnt to put the weight of my faith in God. It is easy to say ‘My faith is in God’ yet still want to do things on your own and find other ways especially when you feel like God is ‘taking time’.”

Kathy went ahead to share a series of photos depicting Kiuna’s transition from being weak and losing hair to regaining his health.

“The first and second pictures were my husband during chemotherapy, the third was on our way back home after treatment, the fourth was when he was now in church and preaching but had to wear a hat and still could not stand for long and the fifth is God's grace in action, taken last week during 40 Days Of Glory.

“His hair has grown back, he is physically fit, he can run, jump, stand for hours and when I see this, it is a reminder that all glory is to God,” she wrote.

“Whatever it is you're going through, put all your faith (stop considering options B, C or trying to work it out yourself) in God and His promises. God's grace will cause you to stand where you fell, it does not matter how long you have been down the Grace of God is stepping in & you shall have strength, power, favour & anointing.

“I see my husband laying hands on the sick and they're getting healed and I realise he had to go through what he went through to access a new level and so shall it be for you,” she concluded. 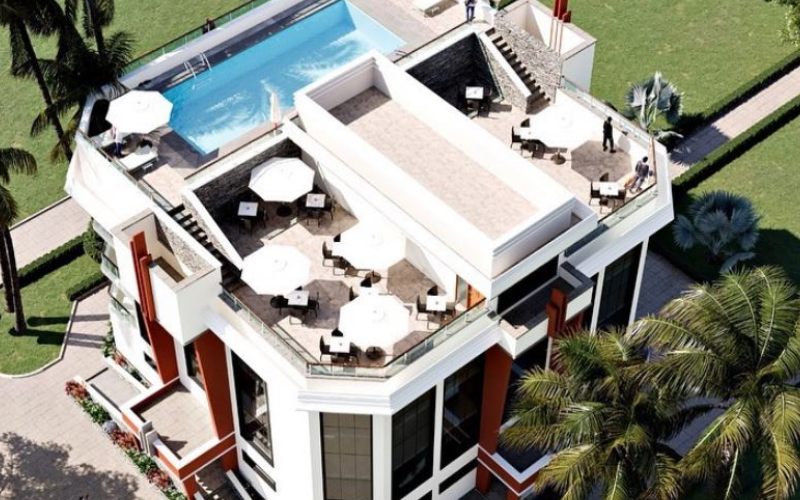