By George Orido
11 months ago

A popular actor, director and playwright was on Tuesday night shot dead by unknown people in Thika Town.

The attackers stormed Emanuel Weyusia's UTI Estate home at 1 am shortly after he arrived.

They roughed up the watchman and demanded to be shown Weyusia's house.

Weyusia came out of the house to see what was happening and was sprayed with bullets.

Neighbours took him to Thika Level Four Hospital where he was pronounced dead on arrival.

“I peeped through the window and I saw one of the attackers who was in blue jeans. I even thought they were police officers. Later, I tried to lift him but he was not responding. I knew he was not ok," said a neighbour who did not want to be named.

Weyusia's family has taken his body to a mortuary in his rural home in Western Kenya.

“We are at Wilson Airport. The body is being flown to our rural home,” Standard Group journalist Mary Kilobi Atwoli, who is Weyusia's sister, said.

"I have lost a brother who was so dear to me. I have no words to express what I am feeling. He protected his siblings, especially the girls. May he rest in eternal glory," said Ms Kilobi.

Central Organisation of Trade Unions boss Francis Atwoli said: "I have lost a friend and a confidant. He was a nice man. This is so sad."

Read  Also: Atwoli proposed to me but I said no – TV beauty Mary Kilobi

The burial will be held on October 19 in Bungoma.

Weyusia taught music at Thika High School and was well-known within the drama and music festivals.

Veteran playwright Jospeh Murungu said: “This is shocking. Emmanuel was a great friend. He was a passionate drama patron. May he rest in peace." 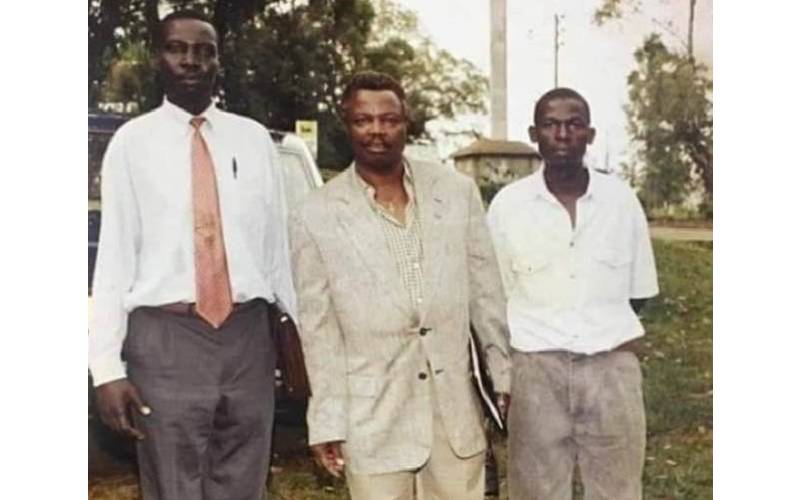