Nairobi Governor Mike Sonko’s daughter Saumu Mbuvi has revealed that she was on depression medication for some time.

The mother of one admitted that her relationship with the father of her child Benson Gatu totally damaged her, pushing her to depression pills as she was afraid to walk away due to the fear of being judged.

Saumu, who has been actively advocating for women to walk away from toxic relationships, opted to use herself as an example to paint a clear picture of an abusive relationship and the need to terminate it before things get out of control.

“Let me use myself as an example, my first relationship I was only 21 young and naïve, thinking the relationship would lead to marriage. It totally damaged me and left me on depression pills for a while, the same fear of being judged is what I had until I choose myself and my child’s happiness over everything.

“Most women should know that if your kids see you physically abused all the time, all they will know is violence, it will damage them psychologically,” she posted on her Instagram.

The governor’s daughter went ahead and touched on her subsequent relationship, saying that at that particular time, she knew better and she would not entertain any form of violence. According to her, she learned to put herself and her happiness first.

“My second relationship at 23, at least with a bit of experience, anything that involved violence, was a no for me. I was stronger and didn’t care how many would criticize me, my health and happiness come first and that of my daughter” shared Saumu , pointing out that “Most women are in toxic relationships mostly because of one thing. Fear of the unknown, fear of being judged, fear being lonely, fear of losing your partner to someone else. Fear of being called a single mother. Fear of taking care of bills alone.”

Saumu got pregnant immediately after completing her university studies and from that learning experience, as she describes it, she has some wise words for young girls.

“Love knows no religion, it’s what makes us whole time for. Life is too short learn to put yourself first. To young girls don’t rush it, sometimes I say to myself I wish I knew better. I had options of going on with my studies but at a certain age you think you know everything, but you are wrong.

“Being so dependent on a person can also bring lack of respect, be street smart, hustle ni hustle, whether you are selling mitumba or handbags as long as you have something small for yourself. With your own money no one can disrespect you." 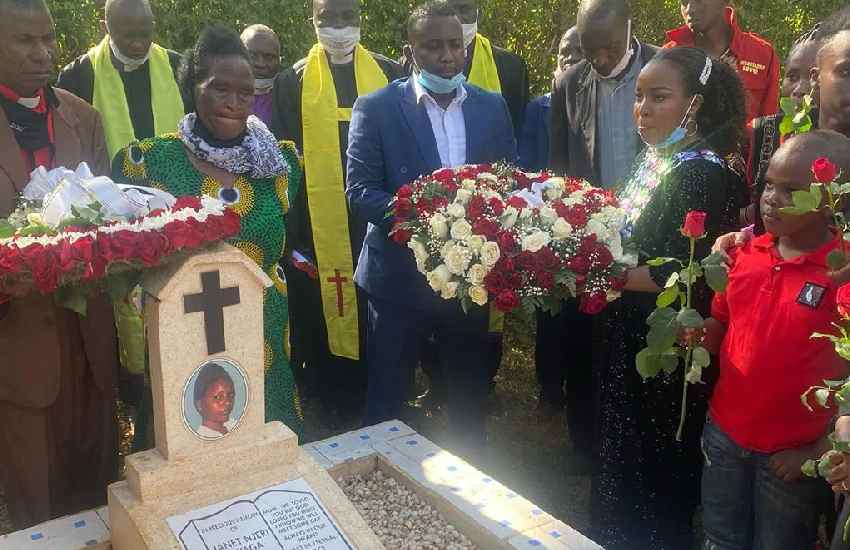