By Chrispen Sechere
1 year ago

National Environment Management Authority (Nema) officers arrested a mentally challenged man and found him with Sh275,000 during a crackdown on banned polythene bags.

In the crackdown at Kimilili market, Bungoma County, on Thursday, over 15,000 plastic paper bags were recovered by the officers. The suspect, who dresses in rags and has shaggy hair, is always seen speaking to himself as he traverses Katiba Kimili market selling his wares.

Majority of the people interviewed claimed the man only pretends to be mad as a way of getting away with crime.

“Shikuku is not a mad person but he pretends to be one, because how and where does he get these polythene bags from?” posed a trader.

Some claimed he picks his wares from the Kenya-Uganda border while some unscrupulous business people also ferry them to him to sell.

The Nema officers, led by county boss Rop Kipkoech, said they impounded 15,000 pieces of polythene bags from the man.

“We got a tip off from wananchi who got suspicious of his business,” he said.

“These plastic bags remain banned effective August 2016 and therefore anyone found in possession of such will be arrested and prosecuted,” said Kipkoech.

He said the crackdown will take place in major urban centres to ensure the bags are out of use as the ban is being implemented. 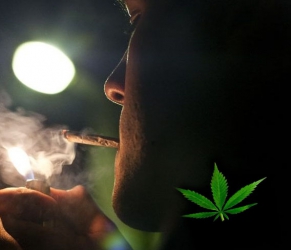