How Eldoret politician’s three children were poisoned then strangled

By Audrey Ng'eny
1 year ago

Three children of an Eldoret politician James Ratemo who were murdered in May 2017 were given pesticide before being strangled to death.

This is per a report delivered by Mr. Dalmas Kibet, a government analyst on toxicology, at the Eldoret High Court. Mr. Kibet told Presiding Judge Stephen Githinji that toxicology was done after the post-mortem to check and determine the presence of poisonous substances.

He confirmed to the court that diazinon a poisonous substance was found in the stomachs, livers and kidneys of Clifford Nyambane’s, 6, Taniy Nyamweya, 5, and three-year-old Glen Ongaki.

In the matter, Enock Onsase, who is Ratemo’s younger brother, is facing three counts of murdering the three on May 13, 2017, at Moi’s Bridge area in Eldoret West.

The children disappeared on the said date as they were heading to church only for their bodies to be found dumped in River Nzoia in Moi’s Bridge area, Trans Nzoia County.

Victor Omondi, the investigative officer, told the court that they had received a signal from Robert Too, a police officer attached to Matunda Police Station notifying them that they had found the three bodies on diverse dates.

Omondi, who was the team leader of three investigative officers, went with the team to the crime scene whereby they had to reconstruct the crime scene so as to find the chronology of the murder.

“Your Honour, we had to reconstruct the crime scene to figure out how the children were killed and their bodies found on different parts of the stream,” he said. 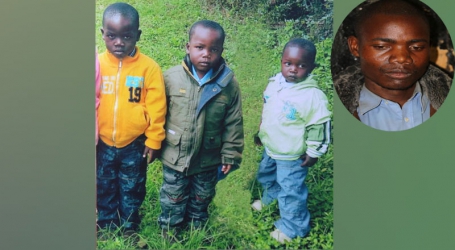 Kapsoya murders: There was cold war between my brother and wife — Ratemo
3 years ago