A fisherman thought he was going to die in the jaws of a hippo after being ambushed by the animal who held him captive for a terrifying 10 minutes.

Mathew Wanjiku narrowly escaped with his life after the terrifying attack in Lake Naivasha which left him covered in blood and staggering to safety.

The Italian was horrified to witness Mr Wanjiku be seized by the hippo and bitten.

Onlookers banged on a metal sheet to scare the huge mammal and eventually it moved off. Mathew was left covered in blood and with shredded clothes.

After two weeks in hospital, the fisherman, who has given permission for details of his ordeal to be released, was discharged on Sunday and has since made a full recovery.

Frederico said: "I have never seen anything as shocking as this before.

"There was a chorus of helpless screams coming from the water's edge.

"Some helped to hold an iron sheet up so that others could bang on it with sticks to make noise, which after about 10 minutes seemed to work as the beast moved off.

"Mathew appeared from under the tree and fuelled by the fear of being attacked again, decided to make a dash for the safety of the shore.

"He was lying on the side of the lake, covered in blood, with most of his clothes torn and tattered, he looked to have escaped death after the beating he had just received."

Frederico explained that four fishermen were caught off guard by the beast before Mathew, the slowest of the four, was seized by the hippo.

In the shocking footage, Mathew manages to get underneath a fallen tree in the hopes of avoiding the predator, which in turn managed to find a big enough gap to bite down on him.

The hippo can then be seen biting down on his arm, shoulder, and torso, leaving him on the floor losing blood and with no noticeable chance to escape.

But with help from onlookers, the hippo dispersed before making any final blow to take his life and Mathew was left covered in blood on the shore.

Mathew was rushed to hospital for treatment, where he was treated for external injuries, but has since made a full recovery.

In video footage of him being discharged from hospital, he said: "I'm good, I'm lucky.

"Thank you for coming and seeing me, I'm still breathing.

"God is good because I'm alive, God bless you guys." 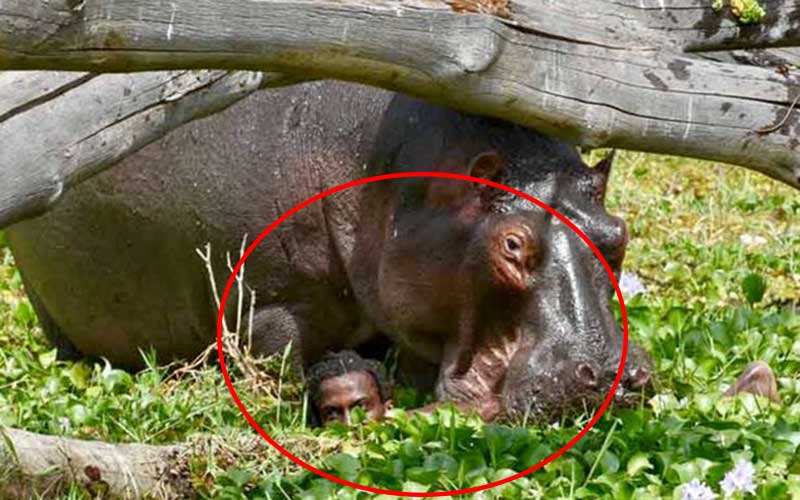 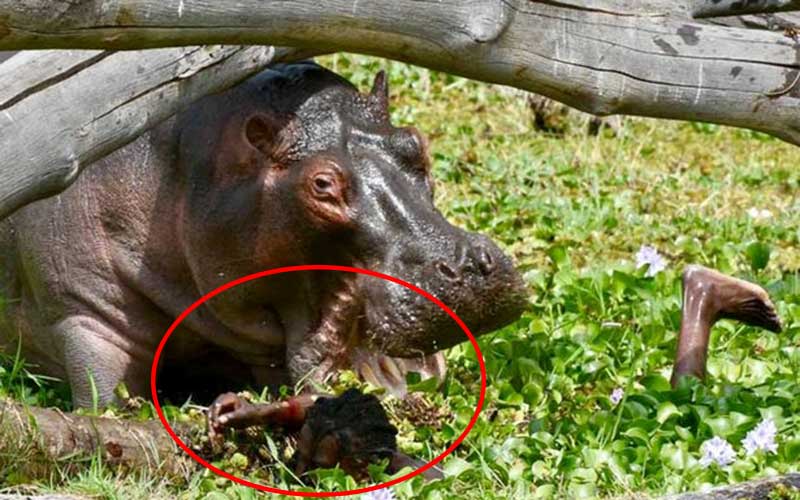