Is this part of AFC Leopards’ luggage to Madagascar? 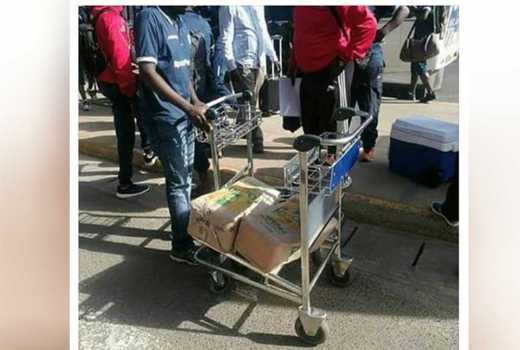 The renowned sports journalist took to her social media page to share a viral image of a luggage trolley at an airport lobby with two bales of maize flour. She then captioned the post: Please confirm that this is part of AFC Leopards' luggage to Madagascar.

The image sparked reactions and discussions over the Luhya community’s love for ugali considering that the football club has a massive fan base from the said community. It is also interesting to note that AFC stands for Abaluhya Football Club.

Ingwe, as they are popularly known, drew against the Madagascan champions in a home leg thriller in Bukhungu stadium. Gor Mahia will also be representing Kenya in the tournament as they take Equatorial Guinea champions Leones Vegetarionos in Malabo.

As she seemed to be making fun of the 12-time champions, Radull acknowledged that fans needed to light up at times.

She has been in the forefront assisting local clubs get as much revenue as possible through her Jaza Stadi initiative. The initiative aims at bridging the gap between sports enthusiasts and sporting events by improving fans attendance during games.