By Lesley Caesar | 4 years ago

Wedding of the month

Actress Catherine Kamau popularly known as (Celina) has finally walked down the aisle with her long term fiancé Phill Karanja who is also an actor.

The two said “I do” in a beautiful white wedding at Windsor Hotel Golf and Country Club in Nairobi this morning. The gorgeous wedding was intimate affair attended by close family and friends. 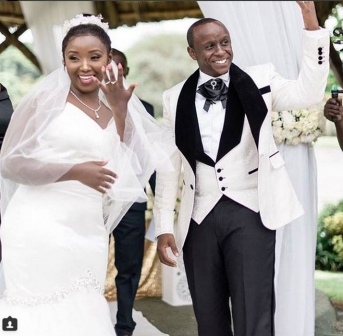 The two got engaged on September 9th during a night out at the Hemingway Hotel, Nairobi. It came as a surprise to Catherine as friends had lied to her that they were headed for Nigerian Singer Tekno Mile’s concert at the Ngong Racecourse’s Waterfront but instead she received a beautiful diamond ring. 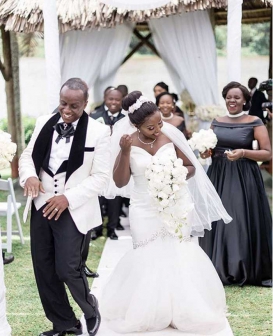