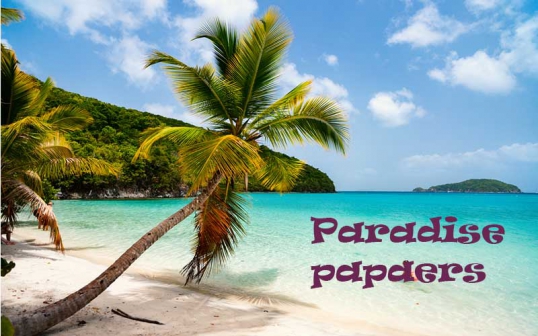 The Paradise Papers leak released last week once again gave the world a glimpse efforts by rich individuals and corporations go to in order to hide their wealth, coming after recent leaks as well as the Panama Papers.

Both the Paradise and Panama Papers are a set of close to 25 million leaked documents that detail financial and attorney–client information for hundreds of thousands of offshore entities containing personal financial information about wealthy individuals and public officials that had previously been kept private.

While not illegal, top economists have argued against this form of tax avoidance claiming that it is a way to further impoverish developing nations by starving them off of much needed cash in their economies.

Billions of dollars flow every day from legitimate or illegitimate dealings of the world's top one percent into tax heavens littered across the globe with the sole purpose of keeping as much of their money as possible.

Since the late 1970s, several destinations in the world have merged as most preferred destinations due to the secrecy of their banking and financial laws. Through a series of exclusive interviews and investigations by global forensic financial services providers, the Standard on Saturday can now reveal the main motivations behind the preference of offshore accounts and why the number of Kenyans stashing their money abroad in tax havens is on the increase and why the superrich prefer these destinations.

A tax haven is a state or territory where taxes are levied at a low or non-existent rate. Benefiting from secretive financial regimens, companies and wealthy individuals can use these nations to store money and move it across borders without paying any tax.

However, it should be noted that the use of offshore accounts is not illegal, but economists of note have questioned the morality behind the move.

"There is a growing global consensus that the secrecy-havens pose a global problem: they facilitate both money laundering and tax avoidance and evasion, contributing to crime and unacceptably high levels of global wealth inequality," Joseph Stiglitz, the 2001 Nobel Memorial Prize in economics, wrote in a November 2016report that detailed the effect of tax havens on global economies.

The Cayman Islands play a leading role as a top destination for capital flight. There are more registered businesses on the islands than there are people. Here. Companies do not pay any direct tax. The tiny islands have a population of just 60,000, but play host to around 2 trillion dollars in banking assets, which accounts for one fifth of the global total of money kept in tax havens.

The Caymans was not always prom and proper though. In the early 1900s, the islands were a major drug smuggling and money laundering destination. Now it is the world's sixth largest banking centre, with banking assets worth more than 100 trillion shillings, hosting over 11,000 mutual and other funds with a net asset value of more than 200 trillion shillings.

It has 200 banks; over 140 trust companies managing numerous trusts and other arrangements as well as 95, 000 registered companies. Financial services account for well over half the Gross Domestic Product of the Islands.

Jersey Island became part of conversation in Kenya after the a UK court found a Kenyan owned company guilty of using the island's lax tax regimen to launder proceeds from corrupt dealings.  Royal Court confiscated 3.6 million pounds from Windward Trading Ltd, effectively stripping the company of all of its assets..

Despite its tiny size, with a population of around 100,000, the island hosts a relatively large offshore financial centre in its capital, Saint Helier, with a sophisticated network of international banks, trust companies and law firms which have for decades provided cover for the monied, including Gichuru. Saint Helier also provides refuge for hedge funds and shadow banks.

Court records of the case show that during the trial, Windward admitted to laundering the proceeds of corruption between 29 July 1999 and 19 October 2001. The company's beneficial owner, Samuel Gichuru, was also the Chief Executive of Kenya Power and Lightning Company (KPLC), from November 1984 to February 2003.

The Court heard that KPLC had awarded contracts to a number of engineering and energy companies worldwide, who had all made payments to Windward.

"Windward Trading received and held the proceeds of criminal conduct perpetrated by its controlling mind and beneficial owner, Samuel Gichuru. The company knowingly enabled Gichuru to obtain substantial bribes paid to Gichuru while he held public office in Kenya. The company played a vital role without which corruption on a grand scale is impossible: money laundering. Gichuru...accepted bribes from foreign businesses that contracted with KPLC during his term of office and hid them in Jersey."

"Windward served as a bank account. It formed a barrier between the foreign contractors that paid the bribes and the personal accounts of Gichuru and others who benefited from the corrupt payments."

The attractiveness of Jersey lies in its modest zero per cent tax that has drove a battery of the super wealthy to their money to the island. To this day, there is no inheritance, capital gains or standard corporate tax in Jersey. The island dependency now contains $2.5bn worth of assets per square kilometre of land.

Another top destination for the billions of shillings is the British Virgin Islands (BVI), an archipelago of about 60 Caribbean islands with fewer than 23,000 inhabitants. It is a British Overseas Territory, substantially controlled and supported by Britain, but with a fair degree of political autonomy.

"The secrecy here comes most importantly from the BVI's lax, flexible, ask-no-questions, see-no-evil company incorporation regime, which allows owners of companies to hide behind 'nominees' to achieve strong secrecy, and to set up companies quickly and at low cost. This supposed 'efficiency' of incorporation has translated into carte blanche for BVI companies to hide and facilitate all manner of crimes and abuses, worldwide," a recent Tax Justice Network (TJN) report says of the BVI.

The TJN report also says that the BVI is now the world's leading centre for company incorporation, with a thriving industry selling corporate secrecy and over a million shell companies incorporated since 1984. Of these, 479,000 were still active in early 2015 translating to around 20 registered companies for each inhabitant.

Another report from the International Monetary Fund says that as at 2010 BVI companies held over 6 trillion shillings in assets and it remains a leading destination for mutual funds, shipping registration, hedge funds, and captive insurance, many of which also use BVI companies and trusts. The BVI has almost no taxes: no effective income tax, no capital gains tax, no inheritance taxes, no gift taxes, sales taxes or even value added taxes. It raises income mainly through payroll taxes, land taxes and various fees.

Rather than physically relocating, businesses and wealthy individuals tend to use an offshore trust or company, becoming 'tax resident' in a country with lax tax laws and generous international tax treaties.

This is what is keeping lineages of Kenya's old monied families and attracting a smattering of the country's nouveau- riche to take the near six- hour flight from Nairobi, through Dar Es Salaam and then to Port Louis in Mauritius to deposit their cash.

As what seemed like one of Kenya’s fastest growing banks went under, billionaire owner Zafrullah Khan stands accused of siphoning Sh1.6 billion from the troubled bank, through suspect transactions to offshore entities including Mauritius-registered Orchid Capital.

Court documents indicate over Sh252 million was illegally transferred to the little known entity in Port Louis, the Mauritius capital where it only exists on paper. Mr Khan is associated with the Orchid Capital which shares physical address with several companies that he and other shareholders owned Chase Bank.

Anex Management Services Ltd occupies only a portion of a single floor at Fairfax House but is home to hundreds, perhaps thousands of companies which wealthy Kenyans have chosen to conceal their wealth. Several other firms offer similar services in the tiny island nation where management services for offshore funds is a major source of its revenues. Mauritius is preferred by Kenyans for its proximity, secrecy and low or zero tax rates.

Through interviews with long time workers in the Mauritius governments, Sunday Standard has established that tens of prominent Kenyan families and hundreds of other newly minted millionaires prefer this destination.

The Mauritian government notionally charges corporation tax, but companies can easily make this back through generous tax credits for foreign businesses.

Mauritius does not have a public register that discloses the ownership of trusts and foundations and does not maintain company ownership details. It does not require that a company's accounts are available for public scrutiny. It also does not require resident paying agents to tell the domestic tax authorities about payments to non- residents.

In spite of its popularity, Mauritius accounts for less than 0.1 per cent of the global market for offshore financial services fading in comparison to the influence of some of the big players in this industry.

Of these, Luxembourg takes top spot, remaining one of the world's most important secrecy jurisdictions. Outside providing financial services the tiny country of slightly under 600,000 people, also provides high security warehouse to store assets such as paintings, gold bars or bearer bonds.

"Financial secrecy is based significantly on the privileged nature of professional lawyer-client relationships, rather than classic Swiss-styled banking secrecy. For instance, investors can hide behind Luxembourg companies whose officers are bound by these relationships not to divulge details of who owns them," the TJN report says.

There are an estimated 325 trillion shillings worth of mutual funds registered in the Grand Duchy, £130 trillion of which cannot be traced to any owner.

The big winners are those at the top, the wealthy individuals and multinational companies who use their position and influence to capture economic gain for themselves and use economic structures to their benefit.

Those who should be paying the most tax instead maximize their profits in part by paying as little tax as possible. They do this by using tax havens or by making countries compete to provide tax breaks, exemptions and lower rates. And while some of the tax dodging practices are illegal, many exploit weaknesses in today's tax system – without breaking any laws.

9 out of 10 of the world's top 200 companies have a presence in tax havens while corporate investment in tax havens quadrupled between 2001 and 2014.

The 50 biggest US companies stashed more than 100 trillion shillings offshore in 2015, while Europe's 20 biggest banks are registering over a quarter of their profits in tax havens - an estimated 250 billion shillings in 2015.

When rich individuals or multinational corporations stash their wealth in tax havens, they can dodge paying their taxes in the countries where they do business and where they make their money. By doing so they deprive governments of the resources they need to provide vital public services and infrastructure like schools, hospitals and roads, and to tackle poverty and inequality.

Corporate tax dodging costs poor countries at least 1 trillion shillings every year. This is enough money to provide an education for 124 million children and prevent the deaths of almost eight million mothers, babies and children a year.

Africa alone loses 1.4 trillion shillings in tax revenues due to the super-rich using tax havens. This is enough money to pay for healthcare to save the lives of 4 million children and to employ enough teachers to get every African child into school. 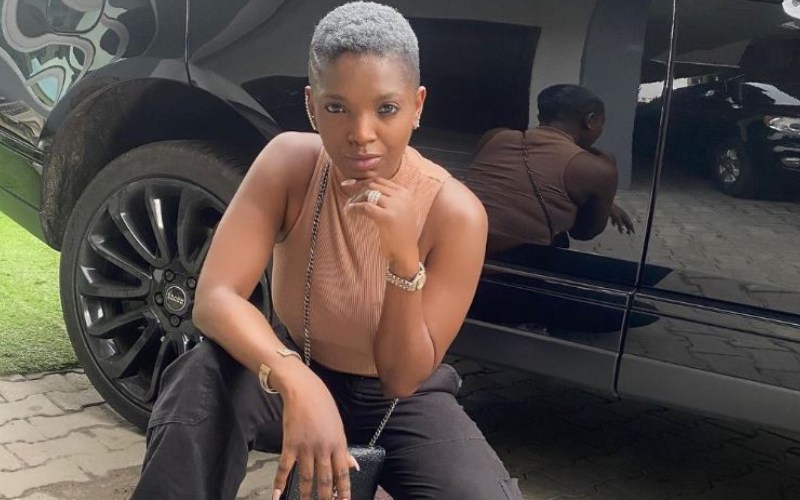